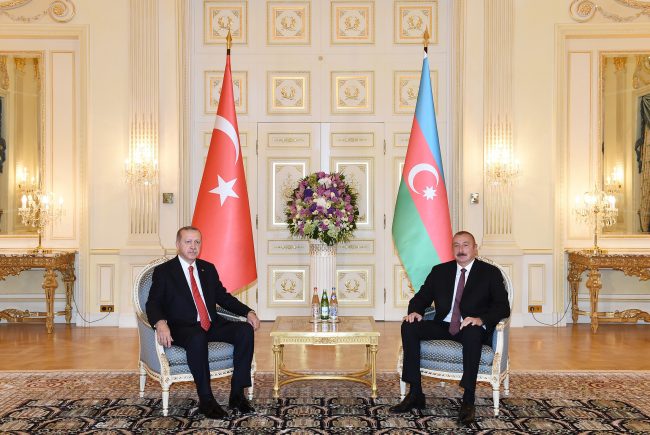 The successful development of the friendly and brotherly relations between Azerbaijan and Turkey in all areas was hailed, and the importance of global projects jointly implemented by the two countries was noted at the meeting. The contribution of the Turkish President’s visit to the expansion of bilateral cooperation was pointed out. The sides described the parade to be held in the capital on the centenary of Baku’s liberation as a landmark event in the history of Azerbaijan-Turkey bilateral relations.

The presidents also exchanged views on other issues of mutual interest.