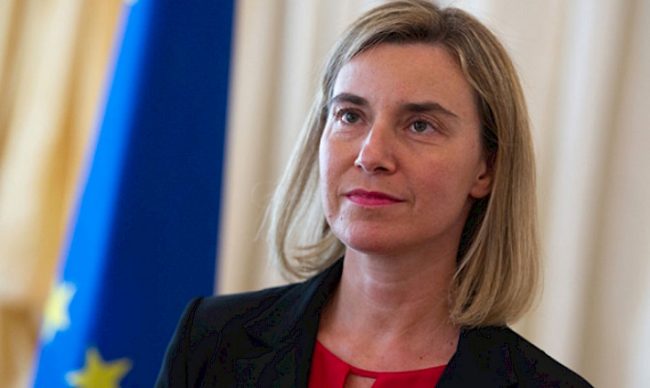 At a scheduled meeting in Luxembourg, the foreign ministers of 28 EU countries will sum up the implementation of the Eastern Partnership program, which marks 10 years this year, Report informs citing TASS.

The ministers will sum up the implementation of the Eastern Partnership program over the 10 years of its existence, as well as the results of the implementation of 20 tasks by 2020. The EU will review the progress of cooperation with six countries of the Eastern Partnership, in particular in such areas as economic development, trade, energy, the environment, contacts between societies.

The meeting will be chaired by Federica Mogherini, EU High Representative for Foreign Affairs and Security Policy.

In addition, EU ministers will discuss the escalation of the conflict in Libya, the situation in Afghanistan and Venezuela. It is expected that the EU will express concern about the military situation in Libya and will urge all parties to reduce the escalation.

At the meeting, it is planned to raise the issue of introducing new sanctions against the administration of the President of Venezuela, Nicolas Maduro.

The Eastern Partnership program was launched by the EU in 2009. Its main goal is the development of regional cooperation with six countries: Azerbaijan, Armenia, Belarus, Georgia, Moldova and Ukraine.