The myth of the ‘frozen’ Nagorno-Karabakh conflict (Hurriyet, Turkey) 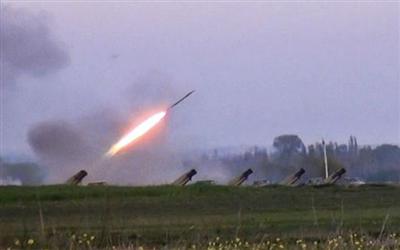 Guterres mentioned that until peace agreements are signed and implemented, the risk of renewed violence remains, as we saw last April in Nagorno-Karabakh in the South Caucasus.

The April escalation altered the long-held myth about the “frozen” nature of the Nagorno-Karabakh conflict between Armenia and Azerbaijan. The ramifications of the clashes between Armenian and Azerbaijani military forces along the Line of Contact (LoC) at the start of April 2016 also demonstrated that the status quo has already changed. Due to the successful counter-attack of the Azerbaijani armed forces in response to the provocation of the Armenian Armed Forces, some strategic heights that had been under occupation were retaken for the first time since a ceasefire agreement in 1994.

The four-day war brought renewed dynamism to international mediation efforts, underlining the necessity of genuine conflict resolution efforts to prevent the resumption of a full-scale war. The presidents of Azerbaijan and Armenia met in Vienna and Saint Petersburg, and the ceasefire on the line of contact has largely held.

After the April escalation, the line of contact between the armed forces of Armenia and Azerbaijan around Nagorno-Karabakh became the most militarized area in the whole post-Soviet space. Immediately after the escalation, Armenia pushed forward with delivery of new weapons and sophisticated equipment from Russia, based on the $200 million military loan agreement from July 2015. The Armenian military received Russia-made Iskander-M ballistic missile systems, part of which was demonstrated at the Independence Day military parade in Yerevan on Sept. 21, 2016.

Aside from the April escalation, ceasefire violations have always been fairly commonplace along the LoC. Dozens of people die every year as a result of ceasefire violations. The most recent one took place on Feb. 25, 2017 at midnight, when the Armenian Armed Forces’ military units made an attempt to penetrate into the positions of the Azerbaijani Armed Forces in different directions with the aim of carrying out a large-scale provocation on the frontline and trying to seize advantageous positions in the Khojavand-Fizuli direction of the front.

In this situation, any failure in the renewed peace negotiations risks causing a new round of escalations. Such a failure might also leave resort to military power as the only viable option for Azerbaijan in regard to the restoration of its territorial integrity, the violation of which has been affirmed by numerous international documents, including U.N. Security Council resolutions.
These resolutions demand the immediate cessation of hostilities and the complete and unconditional withdrawal of all occupying forces from Azerbaijani territories. But despite the legally binding nature of Security Council resolutions, they still remain only on paper. However, the U.N. Security Council is endowed with sufficient power to apply sanctions on member states thawt do not execute its resolutions. One of the main reasons for the lack of effectiveness of the United Nations, particularly the Security Council, lies in its inability and unwillingness in some cases to ensure the implementation of its resolutions. This failure not only undermines the credibility of the U.N., it also threatens international peace and security.

Azerbaijan has stated its preference for resolving the conflict through a negotiation process, based on the principles of international law and within the territorial integrity, sovereignty and internationally recognized borders of Azerbaijan. But the continued failure of the negotiations and peace efforts threatens to leave military means as the only option for restoring the territorial integrity of Azerbaijan.