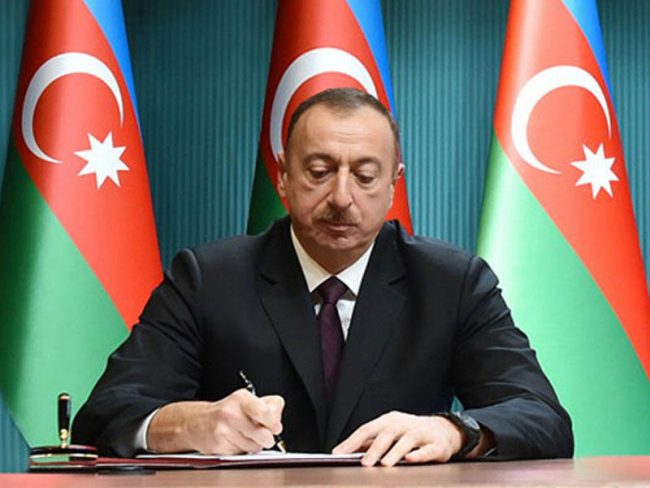 President of the Republic of Azerbaijan Ilham Aliyev has signed an Order pardoning a group of prisoners.

The Order says the decision to pardon the convicts was taken after considering appeals of several convicts, their family members, the Commissioner for Human Rights, human rights organizations to the Azerbaijani President, as well as the personality of convicts, their health state, family conditions, and their behavior during the conviction.

Under the Order, 399 convicts are released from the unserved part of their prison sentence. The punishment of one person sentenced to life imprisonment has been replaced by 25 years in prison and that of two people by 20 years in prison. In addition, one person is exempt from serving delayed sentence. Eleven people have been exempted from conditional sentence.

One person was freed from public works, 12 people were exempted from punishment in the form of a fine.