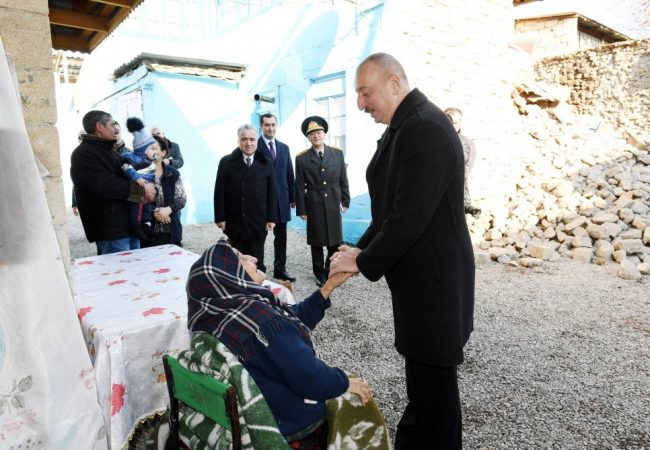 President of the Republic of Azerbaijan Ilham Aliyev has today visited the quake-hit zone Shamakhi.

Minister of Emergency Situations, Colonel-General Kamaladdin Heydarov and head of Shamakhi District Executive Authority Tahir Mammadov informed the head of state of the consequences of natural disaster which occurred on 5-6 February.

President Ilham Aliyev viewed the earthquake-damaged houses, and had a conversation with local residents.