Twenty-six years pass since the Azerbaijani MI-8 military helicopter was shot down by the Armenian security forces near the Garakend village of Azerbaijan’s Khojavand district on Nov. 20, 1991. 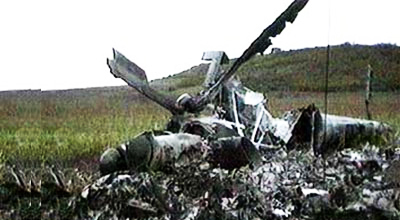 A total of 22 people in the helicopter, including high-ranking Azerbaijani, Russian and Kazakh officials, journalists and MPs, were killed as a result.