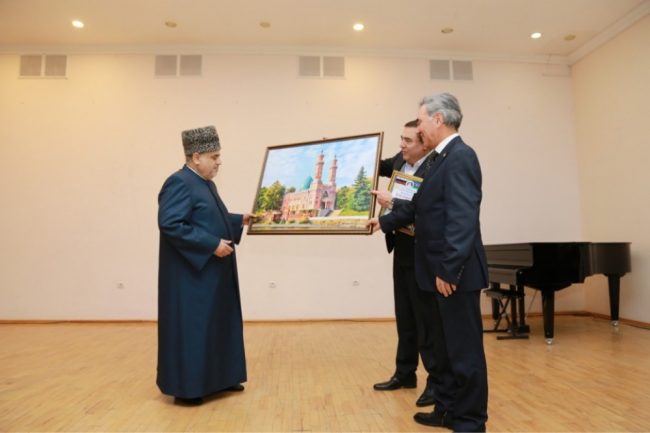 A delegation led by Chairman of the Caucasus Muslims Office Sheikhulislam Allahshukur Pashazade has visited Vladikavkaz, the capital of the Russian Republic of North Ossetia–Alania, to attend the opening of Mukhtarov mosque in Vladikavkaz. Built in 1908 by Azerbaijani philanthropist Murtuza Mukhtarov, the mosque was restored with the assistance of the President of Azerbaijan.

The delegation then attended a conference held at Vladikavkaz National Scientific Library.

Sheikhulislam Allahshukur Pashazade provided an insight into state care of cultural and religious monuments in Azerbaijan and beyond. He said the Azerbaijani President advocates multiculturalism and Islamic solidarity.

The delegation then had an audience with head of the Republic of North Ossetia–Alania Vyacheslav Bitarov.

Speaking at the meeting, Sheikhulislam Allahshukur Pashazade described Mukhtarov mosque as a sign of spiritual friendship between the two nations. He expressed wish that a school named after national leader Heydar Aliyev would be created in Vladikavkaz.