Congress of European Azerbaijanis kicks off in Netherlands 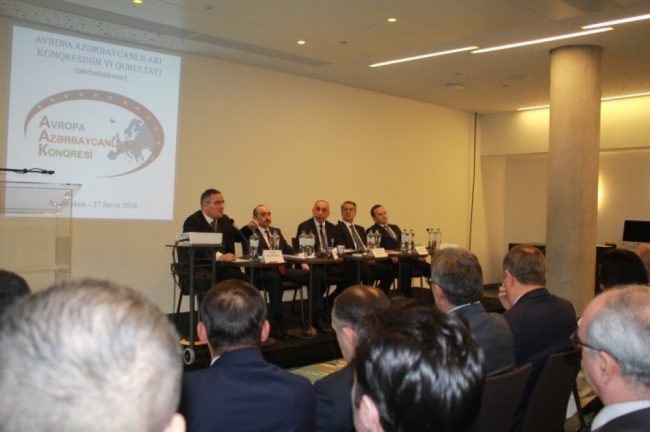 A congress of European Azerbaijanis kicked off in Amsterdam, the Netherlands.

Addressing the event, Chairman of the State Committee for Work with Diaspora Nazim Ibrahimov spoke about the attention and care of President Ilham Aliyev and the Azerbaijani state to diaspora representatives abroad.

Ali Hasanov and Nazim Ibrahimov presented prizes to persons awarded by the President of Azerbaijan.

The congress featured panel discussions, where participants discussed approving a plan of events on the 100th anniversary of the Azerbaijani Democratic Republic and an action plan on March 31 – the Day of Genocide of Azerbaijanis.

A panel discussion on the theme “Azerbaijani Diaspora and Azerbaijani Media: level of cooperation, problems and their solutions” will be held within the event.