Open Letter To the Members of the PACE Committee on Rules of Procedure, Immunities and Institutional Affairs 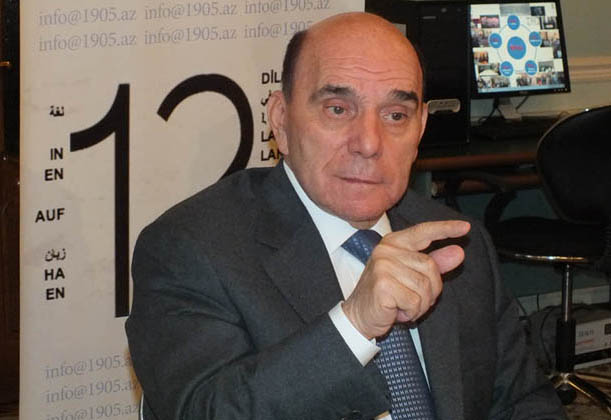 Why have I refused to cooperate with the Independent External Investigation Body?

I have recently received a letter from Ms. Petra de Sutter, Chairperson of PACE Committee on Rules of Procedure, Immunities and Institutional Affairs. The letter mentions the decision of the Parliamentary Assembly on the setting up of the Independent External Investigation Body to look into specific allegations of corruption made against some members and former members of the Assembly in January of 2017 and points out the presentation of the final report by the body in April of 2018.

The letters says that the Committee on Rules of Procedure, Immunities and Institutional Affairs has been instructed to ensure a proper follow-up to the IBAC’s conclusions relating to Assembly’s current and former members, whose behavior has been found as unethical or in violation of the Assembly’s Code of Conduct, or who have refused to co-operate, and thus, to consider further possible actions.

The Committee Chairperson notes that the IBAC, in its report, has found that “there are substantial grounds to believe that I have engaged in activity of a corruptive nature and that I have seriously breached paragraph 12 of the PACE Code of Conduct” and that I have not cooperated with the body. The Committee Chairperson calls me to give evidence and states that should I prefer to be heard directly by the committee, she would be ready to invite me to attend the committee meeting to be held during the June Assembly part-session in Strasbourg.

I have repeatedly and clearly stated my position on the setting up of the Independent External Investigation Body to look into the allegations of corruption within PACE, its terms of references and purposes. I have informed both the PACE leadership and Assembly members and the community about it.

In the context of the letter addressed to me by Ms. Petra de Sutter, Chairperson of PACE Committee on Rules of Procedure, I feel compelled to note the following:

a) Establishment of such a body by the Assemblycontradicts the Statute of the Council of Europe. Thus, the Statute does not provide for any circumstances for setting up any independent investigation body consisting of external experts by the Parliamentary Assembly in order to conduct inquiry, investigation and legal examination;

b) Granting of particular terms of references to the investigation body consisting of external experts, such as questioning any parliamentarian, make demands from member states in order to look into any groundless allegations relating to the activities of Assembly members, which were not proved with any facts, is mistrust to and disrespect of PACE members. Thus, it is the national parliaments that give the mandate to be PACE member, the member states that guarantee the immunities of parliamentarians, and the national state authorities that can terminate their immunities. PACE and any of its bodies do not have such an authority;

d) The authors of the report acknowledge that it was not established that “any MP or Secretariat member acted in a particular way in place of their commitments”;

e) As to the corruptive activities in favour of Azerbaijan, the Investigation Body concluded in its reportthat “there was a strong suspicion that certain current and former members of PACE had engaged in activity of such a nature. Thus, in their words, the Investigation Body investigates the allegations of corruption regarding Azerbaijan without any proof and evidence and on the basis of “a strong suspicion”;

g) One of the main sources of reference by the Investigation Body is the reports of the “European Stability Initiative” organization, which is distinguished with hostile position against Azerbaijan and is one of the authors of the so-called allegations of corruption regarding Azerbaijan. Although Gerald Knaus, Chairman of the European Stability Initiative, presented the organization as an international NGO in the final report of the Investigation Body, this organization was registered as a lobby organization in the European Commission and the European Parliament on December 22, 2014. And this activity is contrary to the PACE Code of Conduct. The European Stability Initiative has receivedhundreds of thousands of dollars from Soros Foundationbetween 2012 and 2018 for lobbying activities (particularly, for preparing reports against Azerbaijan) in the Council of Europe. Thus, Gerald Knaus lied to the Investigation Body during his hearing and said that he had received $ 39,000 from Soros Foundation in 2012. Indeed, this figure is equal to $ 100,000. In 2013 and 2014, the European Stability Initiative received $ 150,000 grants from Soros Foundation for each year in order “to increase the effectiveness of the Council of Europe on the issue of political prisoners”. It was indeed the desire to bring back the issue of political prisoners into the agenda and to turn Azerbaijan into a political battlefield, which stood behind the setting up of the Investigation Body to look into the allegations of corruption within PACE.

Finally, I would like to highlight that Azerbaijan’s success in PACE in recent years, particularly the defeat of Strasser’s biased report in 2013, the adoption of the Sarsang  Resolution on the occupation of our territories, the assessment of recent elections in Azerbaijan as democratic, free and transparent by the international organizations had seriously annoyed anti-Azerbaijani forces. Those forces tried to bring back the allegations of political prisoners in Azerbaijan into the agenda through different pretexts and means.

However, the anti-Azerbaijani forces, who were convinced of the impossibility of achieving their malicious plans against Azerbaijan through putting the reports on the agenda, namely through internationally recognized democratic vote, chose a new strategy. The imposition of sanctions and the punishment of PACE members, who cooperated with Azerbaijan and demonstrated independent position during the discussions on the issues related to Azerbaijan, should have stood in the centre of this strategy. To this end, those forces made allegations with the support of the PACE secretariat as if the members, who voted against the Strasser report, had been party in the corruptive business with Azerbaijan, and several reports were prepared by the European Stability Initiative NGO on the corruption within PACE. Thus, the setting up of an Independent External Investigation Body on the allegations of corruption within PACE was put on the agenda, and the decision was made on establishing the Independent External Investigation Body, being contrary to the Statute of the Council of Europe.

Thus, bringing back the issue of political prisoners into the agenda and using Azerbaijan as a means of political pressure were standing behind the setting up of an Independent External Investigation Body to look into the allegations of corruption within PACE. The decision on this issue adopted in Bureau in early June confirms the above-mentioned points.

Specifically, having regarded these facts and considering the setting up and activities of the Independent External Investigation Body to look into the allegations of corruption within PACE as illegitimate, as it contradicts the Statute of the Council of Europe, I have refused to cooperate with this body and to give evidence before it.

In view of the above-mentioned, I refuse to attend any hearings or to make any comments in PACE, an author of smear and slander campaign against my country, and in the PACE Committee on Rules of Procedure, Immunities and Institutional Affairs.

It is not a coincidence that this is Sawicki, Secretary General of this institution, who leads and directs the anti-Azerbaijani forces conducting smear and slander campaign.

Member of the Milli Mejlis