15th International Conference of Ombudspersons kicks off in Baku 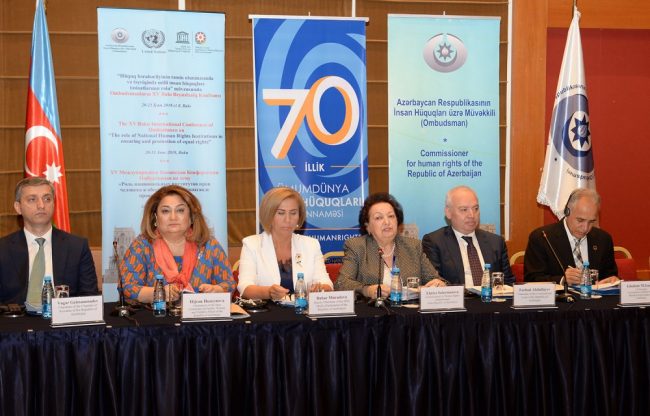 In her remarks, Azerbaijani Ombudsperson Elmira Suleymanova spoke of rapid development of Azerbaijan, the activities of the Azerbaijan Democratic Republic, the first legal and secular republic in the Moslem East, noting that the ADR ensured women’s suffrage still at the dawn of the 20th century.

Elmira Suleymanova highlighted the major world areas where the Republic of Azerbaijan achieved great successes in the last decades.