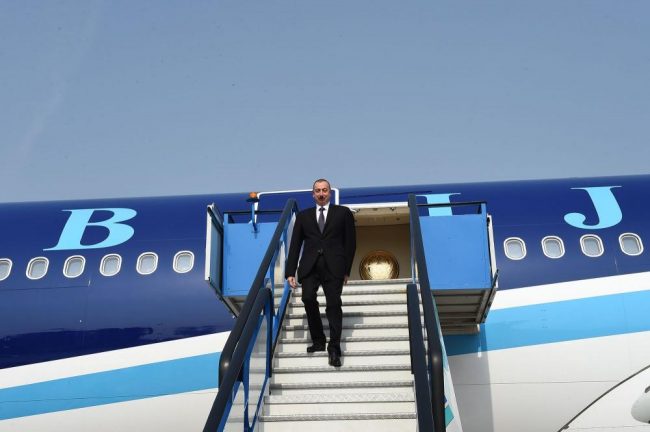 President of the Republic of Azerbaijan Ilham Aliyev has arrived in the Republic of Turkey for a working visit to attend the inauguration of Star Oil Refinery in the city of Izmir.

At the Adnan Menderes Airport, decorated with the national flags of Azerbaijan and Turkey, President Ilham Aliyev was met by high-ranking state and government officials of Turkey.

A guard of honor was arranged for President Ilham Aliyev at the airport.

The head of state saluted the guard of honor.