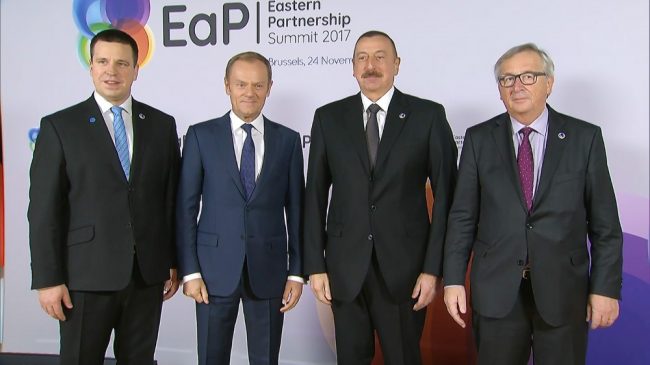 The head of state arrived at the EU headquarters to attend a plenary session of the Eastern Partnership Summit.

Then they posed for official photos.

At this Summit, the EU member states discussed future cooperation with heads of state or government of six Eastern Partnership countries.