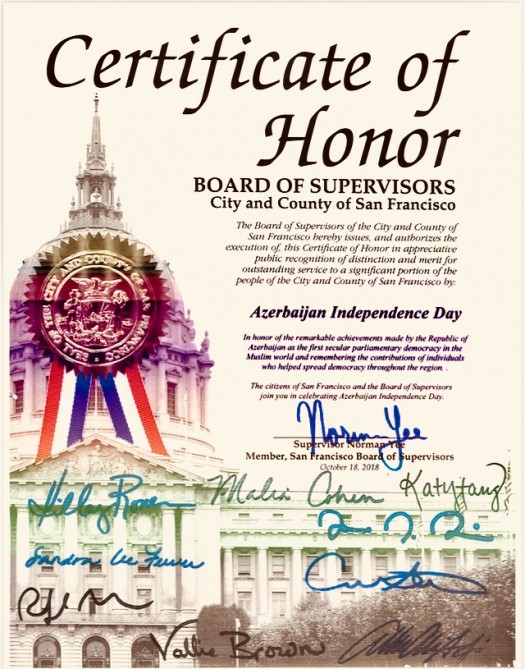 The certificate, which was sent to the Consulate General of Azerbaijan in Los Angeles, says: “In honor of the remarkable achievements made by the Republic of Azerbaijan as the first secular parliamentary democracy in the Muslim world and remembering the contributions of individuals who helped spread democracy throughout the region”.

It further mentions that the citizens of San Francisco and the Board of Supervisors join in celebrating Azerbaijan Independence Day.