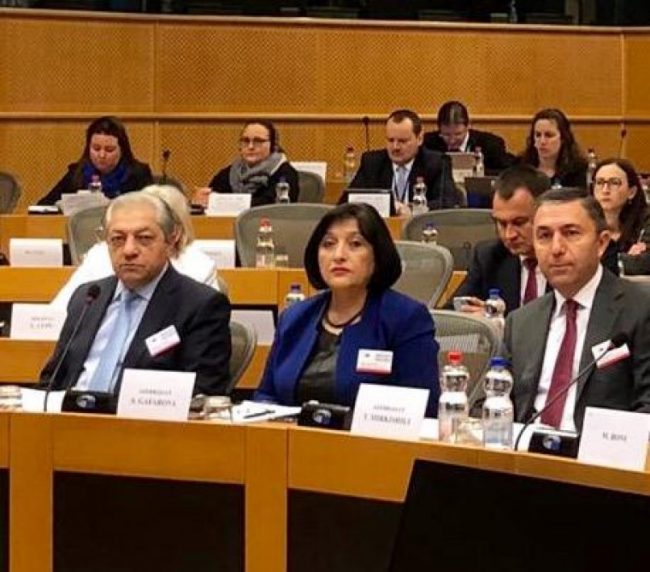 As stated, meetings of the EuroNest Parliamentary Assembly were held in Brussels.

At the joint meeting of economic integration, EU policy and social issues, employment, education and civil society committees, head of the Azerbaijani delegation Sahiba Gafarova made a report she prepared in cooperation with EP’s member Maria Grapini. The report is to be adopted in the next plenary session of Euronest Parliamentary Assembly.