The Armenians are not autochthonous to the Caucasus
On importance of establishing the International Tribunal on Khojaly tragedy
Formation and development of international Armenian terrorism: view through time ( III part) 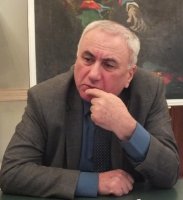 (Continued)
The cross-border activities of Armenian militants were not sporadic, but systematic and planned. Armenians subjects of Tsarist Russia not only were bringing weapons secretly to the territory of the Ottoman Empire, but also launched extensive agitation. From the South Caucasus, which was part of Russia, they were delivering to Turkey newspapers and pamphlets calling on Armenian subjects of the Ottoman to launch armed insurrection, separatism and incitement against Muslims. According to a report dated January 18, 1887 of the Internal Control Office of the Ministry of Interior of Turkey, a book titled “Karabakh” and sent from Russia by an ethnic Armenian named Hovhannes was confiscated. According to the information of the Cabinet of Turkey addressed to the Ministry of Interior on October 8, 1903, two pamphlets distributed among Armenians by a Russian subject Aristakis, a Karabakh-based leader of one of Armenian organizations, were also confiscated. In those materials, leaders of Armenian organizations called on Armenian subjects of Tsarist Russia, the Ottoman Empire and Persia, to start armed uprising with the aim of creating an imaginary “Great Armenia” and “Armenia from sea to sea” on the territories of the said states.
Secondly, since its inception the Armenian terrorism has introduced many innovations for development of terrorism in many countries, become an example and without exaggeration, a kind of “academy” for other similar organizations. Today, international terrorism, if one may say so, “should thank” Armenian terrorism for “enriching” its experience and because Armenian terrorism has become a benchmark for international terrorism by indicating the ways and methods of development.

(To be continued)
Ramiz Sevdimaliyev,
Doctor of Political Sciences
COLUMN 12
Newer Post
Ramiz Sevdimaliyev: Formation and development of international Armenian terrorism: view through time ( I part)
Older Post
White House administration responded to ACSDA petition: The occupied territories should be returned to the control of Azerbaijan