May 28 declared Republic Day of Azerbaijan in Pittsburgh, USA

The name of the head of the PACE observation mission at the elections in Azerbaijan is known
OSCE, EU representatives review preparation for presidential election in Azerbaijan
President Ilham Aliyev received delegation led by OSCE Parliamentary Assembly president 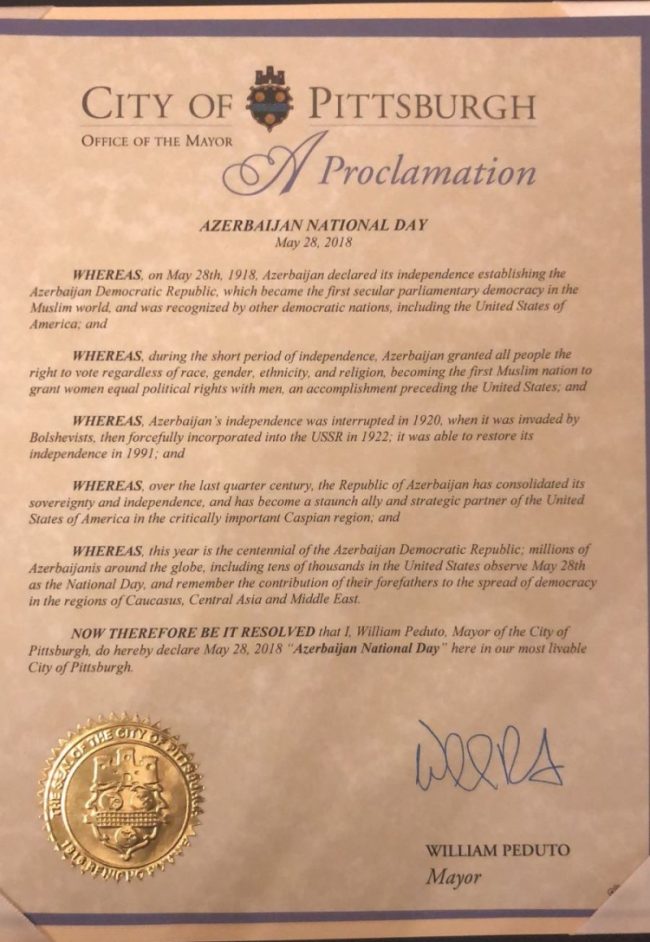 Mayor of the historic city of Pittsburgh in the US William Peduto issued an official statement on the occasion of the 100th anniversary of the Azerbaijani Democratic Republic, Azerbaijani Embassy in Washington told APA.

The statement says that on May 28, 1918, for the first time in the Muslim East, the Azerbaijan Democratic Republic (ADR) was proclaimed – the first secular parliamentary republic, which was recognized by a number of states, including the United States.

The document notes that for the first time in the Muslim East, women were given the right to vote in the ADR, this right was also granted to all citizens of the republic, regardless of racial, sexual, ethnic or religious affiliation.

The statement also noted that, despite the struggle for independence, the ADR in 1920 was included in the USSR and regained its sovereignty in 1991.

It was also noted that Azerbaijan over the past 25 years only strengthened its sovereignty and independence, remaining an ally and strategic partner in the Caspian region.

The statement notes that May 28 in Pittsburgh has declared the Day of Azerbaijan on the occasion of the 100th anniversary of ADR. 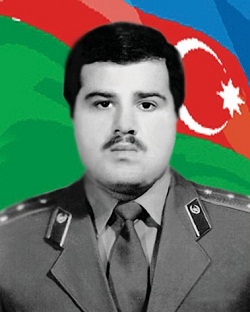