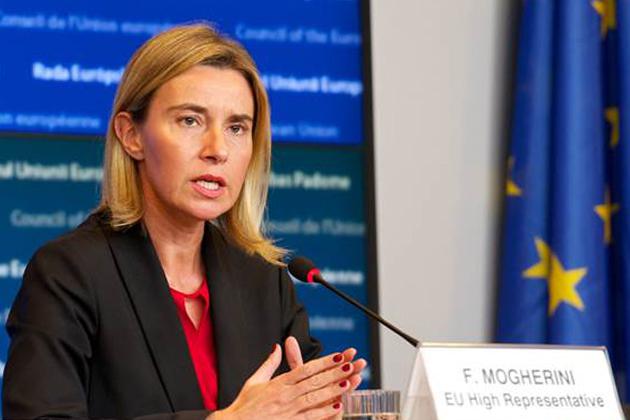 All will benefit from lasting peace as a result of the Armenia-Azerbaijan Nagorno-Karabakh conflict settlement, High Representative for Foreign Affairs and Security Policy/Vice-President of the European Commission Federica Mogherini said.

Mogherini made the remarks during the press-conference following the meeting of the Azerbaijan-Europe Cooperation Council in Brussels, Trend reports on April 4.

“Just last week we witnessed a positive meeting of Azerbaijani and Armenian leaders under the auspices of the OSCE Minsk Group co-chairs,” she said. “Increased communications at high level and significant decrease in ceasefire violations give us some hope that the process can move forward and that both countries would follow up on their commitments and into negotiations without preconditions.”

“All would benefit from lasting peace, not only Azerbaijan and Armenian citizens, but also beyond, because lasting peace would help to enable the entire region to fulfil its potential,” Mogherini said.