Milica Markovic, the PACE Rapporteur on the intentional deprivation of the residents of the Azerbaijani border territories of water paid an official visit to Azerbaijan. 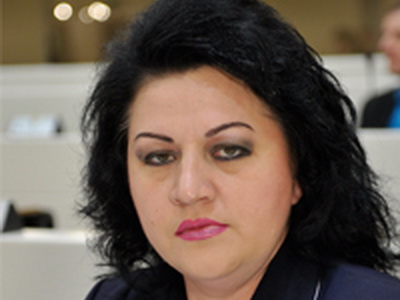 During the visit, Markovic and the representatives of her delegation met with members of the Association for Civil Society Development in Azerbaijan (ACSDA), the association told Trend August 25.

During the meeting the sides discussed the changes in the socio-economic area in six districts, namely, Agjabadi, Aghdam, Barda, Goranboy, Tartar and Yevlakh. The problem with the Sarsang reservoir affects these districts because the reservoir is under the occupation of Armenia. The shortage of drinking water faced by the population of this area was also discussed.

Moreover, such issues as the crisis in agriculture because of the water shortage, disturbance of biodiversity were discussed during the meeting. The civil society has expressed great concern in this regard.

The issue related to the Sarsang reservoir was first actualized in May 2013 with the launch of the project “Sarsang – Prevention of Humanitarian Catastrophe”. As a result of the hard work of the MP of Milli Majlis (Parliament) of Azerbaijan, member of the Azerbaijani delegation to PACE Elkhan Suleymanov on his draft resolution “Inhabitants of frontier regions of Azerbaijan are deliberately deprived of water”, MP from Bosnia and Herzegovina Milica Markovic was appointed PACE rapporteur on this issue May 12, 2014.

The current visit by Markovic is her second official visit to Azerbaijan, and it will last until August 27. During the visit, meetings with representatives of several ministries will be held, a visit to the region will be made, and meetings with a number of agencies, local communities of the districts, which are under the influence of Sarsang reservoir, will be held.

The two countries signed a ceasefire agreement in 1994. The co-chairs of the OSCE Minsk Group, Russia, France and the US are currently holding peace negotiations. Armenia has not yet implemented the UN Security Council’s four resolutions on the liberation of the Nagorno-Karabakh and the surrounding regions.