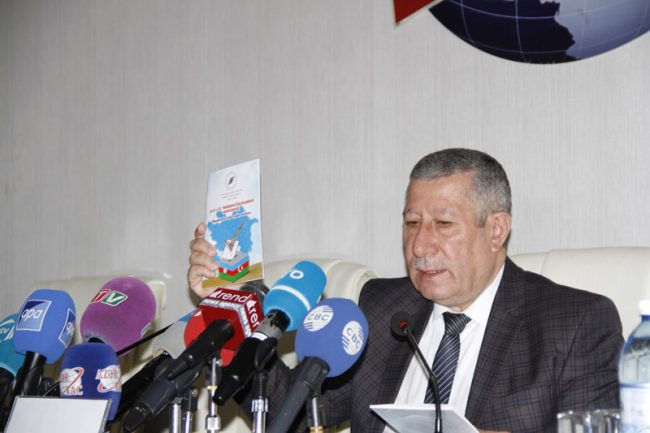 The election headquarters of the Association for Civil Society Development in Azerbaijan (ACSDA) has presented its interim report on the presidential election to be held in the country on April 11, 2018.

Maharram Zulfugarli, head of the headquarters, said the interim report covers the period between February 5 and April 6, APA reports.

He said that the organization monitored the socio-political environment, freedom of speech and the press, freedom of assembly, nomination and registration of candidates, voter lists, the election administration’s activities, and election campaigns.

Zulfugarli described the work of the Central Election Commission (CEC) on the preparation and conduct of the election as satisfactory.

“CEC’s work was done within the period envisaged in the program of activities. Nomination of candidates for the presidency and the campaign for collecting signatures were also conducted in accordance with the requirements of the Electoral Code, there were no cases of interference. No problems in the area of freedom of assembly, speech and press were observed on the eve and after the announcement of the election. There was no interference or pressure on the media,” he added.

Zulfugarli stressed that the monitoring conducted by ACSDA’s election headquarters shows that the socio-political situation in Azerbaijan ahead of the April 11 presidential election, existing legislation and other factors allowing conducting democratic and transparent election in the country.