Ali Hasanov: The launch of another anti-Azerbaijani campaign at PACE is not a surprise and not a coincidence 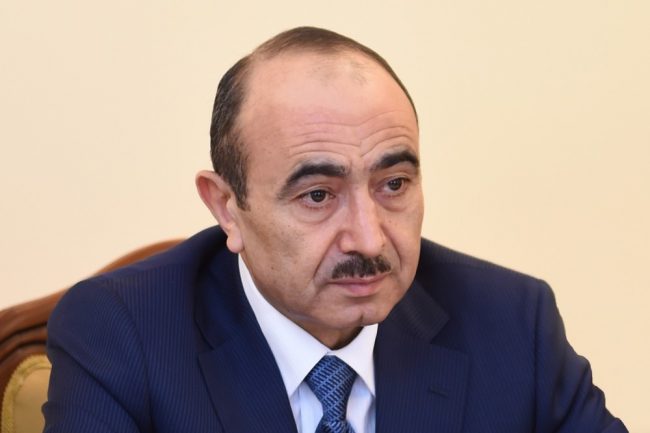 “The circles that continuously conduct a purposeful campaign against Azerbaijan in the West, organizations and the media under the control of these circles become more active on the eve of significant events held in our country and embark on serious efforts to discredit the image of both Azerbaijan and these events,” the Azerbaijani President’s Assistant for Public and Political Affairs Ali Hasanov has said in his Facebook post on PACE`s report on Azerbaijan.

Ali Hasanov said: “As you know, from the beginning of 2018 Azerbaijan has hosted many international events, the events of great significance took place in the life of the country. The presidential election held in Azerbaijan on April 11 was hailed by the majority of experts as a referendum of confidence in Mr Ilham Aliyev. The steps taken after the election to form a new government were welcomed by the society. We are marking the 100th anniversary of the establishment of the first ever democracy in the Muslim world and we have organized a serious campaign to ensure legal and political recognition in international platforms of the century-old genocide, which was committed against Azerbaijanis. We are about to complete works on some components of the Southern Gas Corridor project, of which Azerbaijan is the linchpin, and we will celebrate the opening of TANAP soon. A number of significant decisions have been taken to implement major transport projects of geostrategic significance, and works on this front has been successfully underway. Today, sport-lovers from all over the world who are watching the Formula 1 race express their surprise as they are inspired by the magnificence of modern Baku.”

“Just look! These are the events which have taken place only in four months of 2018. There are still magnificent events ahead that will attract the world community’s attention to our country,” he said.

“But what is happening in Armenia?! The country, which also held the presidential election at the same time with Azerbaijan, cannot recover from the outraged protests and public discontent. The Armenian people do not calm down even though they forced Serzh Sargsyan, who has been exploiting them for many years, isolated the country from the international community, political and economic life of the region, and who has embezzled all of the country`s financial resources, into resignation. We understand the frustration of those who yesterday congratulated Sargsyan on his “election” as prime minister and those who wish Armenia prosperity.”

“Apparently, the anti-Azerbaijan circles are seriously worried about the reality where on the one hand, there is a strong Azerbaijani that successfully continues its development and on the other hand, there is Armenia plagued by deep political cataclysms and without any hope for tomorrow. I am convinced that they lost sleep over the inefficiency of the “curse campaign”, which cost a lot of money.”

The Presidential Assistant said: “It is not a surprise and not a coincidence that another smear campaign was launched at PACE on the basis of subjective judgments put forward by some western NGOs and media, whose anti-Azerbaijan activities have been repeatedly proved. We understand what the OCCRP network and the forces behind them, who are publishing its “investigations” on the pages that they bought in a number of Western transnational publications, want.”

“They do not want to acknowledge the independent policy of a small state, which made itself known globally and enjoys a significant place on the large-scale political map. Those circles are dissatisfied with the fact that Azerbaijan, on the former Soviet periphery, has mastered its national resources, grew strong and transformed into a global player.”

Ali Hasanov said that it is no longer possible to organize – through the “5th column” – clashes, disorder in Azerbaijan, or to force the country to make concessions.

“Azerbaijan never joins any of the Western campaigns, sanctions against neighboring countries, and does not allow its territory to be used as a foothold against any country. Azerbaijan neither welcomed initiatives, which aimed to spread the “wave of democracy” of the 1990s to the south and Central Asia through it, nor is involved in the projects such as the Greater Middle East, the new “Shiite crescent”. Azerbaijan does not take part in any agreement against friendly Russia, Iran and Turkey. However, there has been a lot of propaganda, intimidation and pressure on this issue.”

Ali Hasanov said: “Azerbaijan defines and conducts the course of its foreign policy independently in line with its national interests, the people`s interests are defended on the platforms of international organizations. In short, a country with a population of less than 10 million is standing firm against the pressure of the hegemonic forces of the world, has been pursuing its own line and gained great influence and respect as a reliable partner, trusted ally on the international scene.”

The Presidential Assistant said that using the power of diaspora and interest groups abroad takes an important place in the foreign policy of any state, which defends its national interests. “Lobbying is the activity that the West introduced to the world. In many Western countries, for example in the United States, this activity is regulated by law. The US spends more than $200 billion annually for these purposes abroad yearly. The EU spends hundreds of millions of euros on political, educational and NGO projects, including the Eastern Partnership initiative.”

“And Azerbaijan also follows this way, uses the power of companies and organizations that have economic interests in the country, and the states that have benefited from the policy of energy and transport corridors, and is eager to work with individual politicians, media outlets, NGOs and parliamentary groups. Important projects are being implemented through the Heydar Aliyev Foundation, and AIDA organization, international events are being hosted in order to maintain the positive image of the country. Should Azerbaijan not collaborate with international organizations? Should the guests who arrive in Azerbaijan leave the country hungry? What is wrong with presenting them souvenirs that are the symbols of our country?”

“The leadership of Carnegie Corporation, which plays a special role in financing pro-Armenıan organizations like People in Need, as well as Freedom House, Amnesty International and Human Rights Watch, is comprised of representatives of the Armenian diaspora.” “John Kerry, who made his office the headquarters for anti-Azerbaijani campaigns during his tenure as Secretary of State, is also engaged as an expert by Carnegie Corporation. Why should the Armenians’ lobbying activities be given a green light by the West, their anti-Azerbaijani activities be so openly stimulated, but the Azerbaijani state’s right to defend itself not be recognized?”

“Keen followers of political news well remember that right after Azerbaijan gained its independence different Western organizations, businessmen and politicians rushed to seek cooperation with Azerbaijan, offering their help in promoting the country globally. In most cases, such proposals were aimed at seizing a share of Azerbaijan`s national wealth. Did we have to give Azerbaijan`s national wealth to “robbers” who had a stereotyped mindset and who came to a newly “conquered” former Soviet province in search of loot?”

“Is it bad if Azerbaijan is using active political and economic groups, healthy-minded influential persons in order to defend its interests on the international scene? And what has the established lobby done for Azerbaijan? It would take much space and time to just list the documents on the Nagorno-Karabakh conflict adopted by different European organizations so far. Both the Azerbaijani diplomacy and diaspora have played a crucial role in achieving this success. Why did we so quickly forget how shocked the Armenian delegation at PACE and the Armenian foreign police department was when first such documents were adopted?”

“Those who were shocked by the failure of the Strasser report in 2013 are preparing for revenge on the “political prisoners” issue after the “corruption report” at PACE. This is another treacherous game against Azerbaijan, its national interests. How do you think, shouldn`t a state defend its interests? We understand the goals of the foreign anti-Azerbaijani circles, but do not understand those from Azerbaijan who support these campaigns, who are involved in this slander. It is impossible to find the logic behind the counter argument of those who always cite the Armenian lobby`s activities as an example and accuse Azerbaijan of not building an economic lobby and political support groups,” he said.

“We want to hear from our opponents within the country questions like “Why is the Azerbaijani lobby in European organizations, Western parliaments, international organizations is weak?” “Why the organizations shaping public opinion or NGOS, think tanks in Western countries were not made the Azerbaijani lobby?” And there is a brief answer to this. Firstly, building a lobby requires quite lot of time and huge effort. Undoubtedly, Mr President`s recent appointments will speed up this work. Secondly, some persons who have to support diaspora and lobby building have simply turned traitors. A diplomat who once held a high position of Azerbaijan`s ambassador to the Council of Europe now boasts of secretly complaining about and sneaking on Azerbaijan`s lobbying activities to PACE and other European organizations. A crucial reason is that some of those responsible for building a lobby even resorted to treason in order to disrupt this process.”

The Presidential Assistant described the fact that the radical opposition, which benefits from certain European circles, accuses the Azerbaijani government even of a minor incident at a hotel as indication of populism and primitiveness. “First of all, Pedro Agramunt`s statement was a substantial response to these allegations. On the other hand, those who were previously saying ‘why couples are demanded to submit marriage certificates for check-in at hotels’ now voice completely opposite views, which proves that they are manipulation enthusiasts.”

“So I want to ask a question: Is it right to accuse a government if an incident occurred at a hotel, if someone offered somebody something?”

Ali Hasanov said “we expect common sense, objective approach from our opponents regarding the national issues. You can be in opposition to the government, but opposition to the state and the people has never been welcomed in any nation`s history.”

“It seems that by using the government`s opponents, the foreign forces are trying to cause public discontent in order to discredit the Azerbaijani state. But we confidently state that this attempt to draw the public into a frenzy is doomed to failure as previous ones. Azerbaijan is a country open to cooperation, partnership, but it has never accepted and will never accept the policy of pressure, intimidation and threat. This is why there are no doubts that an attempt to spoil Azerbaijan`s international image through such insignificant campaigns is doomed to failure,” the Presidential Assistant added. 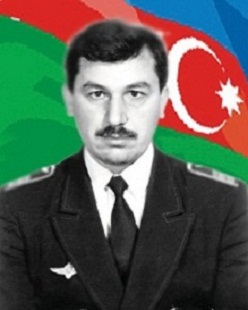