Keys and documents to apartments presented to journalists 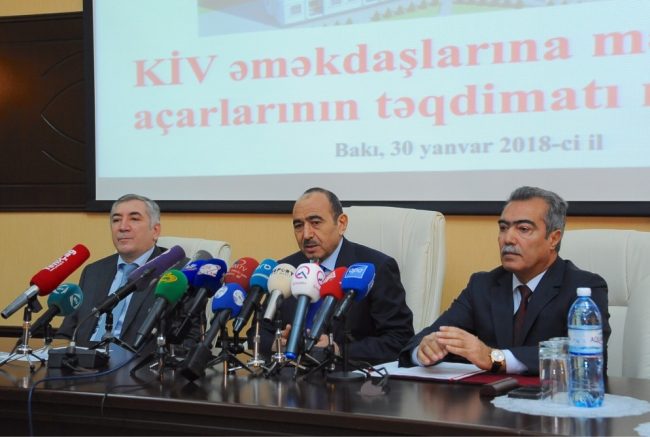 A ceremony to give out the documents and keys to apartments to journalists in the second residential building for media workers has been held.

Addressing the event, executive director of the Fund of State Support of Mass Media Development under the President of Azerbaijan Vugar Safarli noted that the second building for journalists was commissioned last July with the participation of President Ilham Aliyev. Saying the apartments are fully ready for living, Safarli congratulated the journalists on this occasion. On behalf of the journalists, the executive director thanked President Ilham Aliyev for this noble initiative.

Ali Hasanov then handed out documents and keys to the apartments to their owners.