STATEMENT of the Central Election Commission of the Republic of Azerbaijan on Statement of Preliminary Findings and Conclusions of the OSCE Office for Democratic Institutions and Human Rights, OSCE Parliamentary Assembly and the Parliamentary Assembly of the Council of Europe regarding the early presidential election held in the Republic of Azerbaijan on April 11, 2018
Azerbaijani MPs attend Euronest PA Committee meetings
OSCE Minsk Group co-chairs arrive in Nagorno Karabakh

Fikrat Mammadov, Minister of Justice of Azerbaijan, has signed the Fourth Additional Protocol to the European Convention on Extradition in Strasbourg.

Notably, the European Convention on Extradition has been ratified by 50 countries.

In Azerbaijan, the Convention has been in force since 2002. It provides for the extradition between Parties of persons wanted for criminal proceedings or for the carrying out of a sentence. The treaty does not apply to political or military offences and any Party may refuse to extradite its own citizens to a foreign country.

The Fourth Additional Protocol signed by Azerbaijan today amends and supplements a number of provisions of the Convention on Extradition in order to adapt it to modern needs. The protocol’s provisions relate to the issues of the lapse of time, requests and supporting documents, rule of speciality, transit, re-extradition to a third State and channels and means of communication. 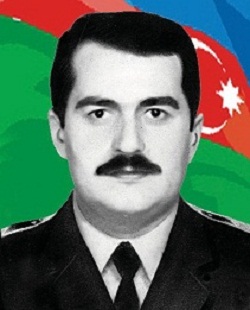