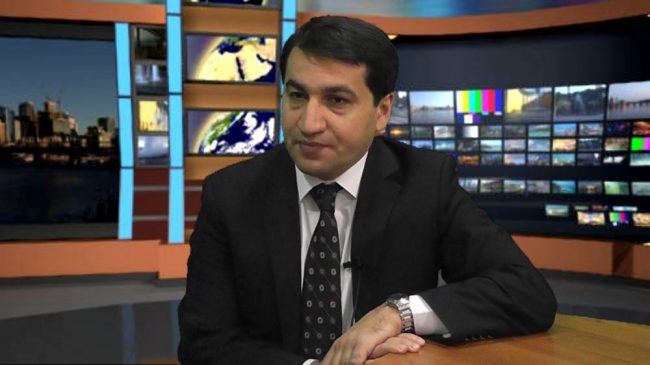 “Taking into account the afrementioned international media outlets’ respect for the laws, territorial integrity and sovereignty of Azerbaijan, as well as respect for international law they were allowed to travel to the occupied Azerbaijani lands,” Hikmat Hajiyev said.

“We hope that during this trip, representatives of international media by traveling through the occupied Lachin district and the Nagorno-Karabakh region of Azerbaijan will be able to familiarize themselves with the ethnic cleansing policy which was committed against the Azerbaijani population of these territories as a result of the occupation, and with the fact that their property, including the material and cultural heritage of the Azerbaijani people were plundered,” he said.

“Azerbaijan’s Foreign Ministry advises the foreign media representatives to travel to the completely destroyed Aghdam, Jabrayil, Fuzuli and other districts too. However, the experience shows that the Armenian side will not let them go beyond Khankendi,” spokesman Hajiyev added.