“Our flag – source of pride!” bike tour has got is underway in Baku. Organized by the State Security Service of Azerbaijan and supported by the Heydar Aliyev Center, Azerbaijan Cycling Federation more than 200 aspiring cyclists took part in the bike tour. 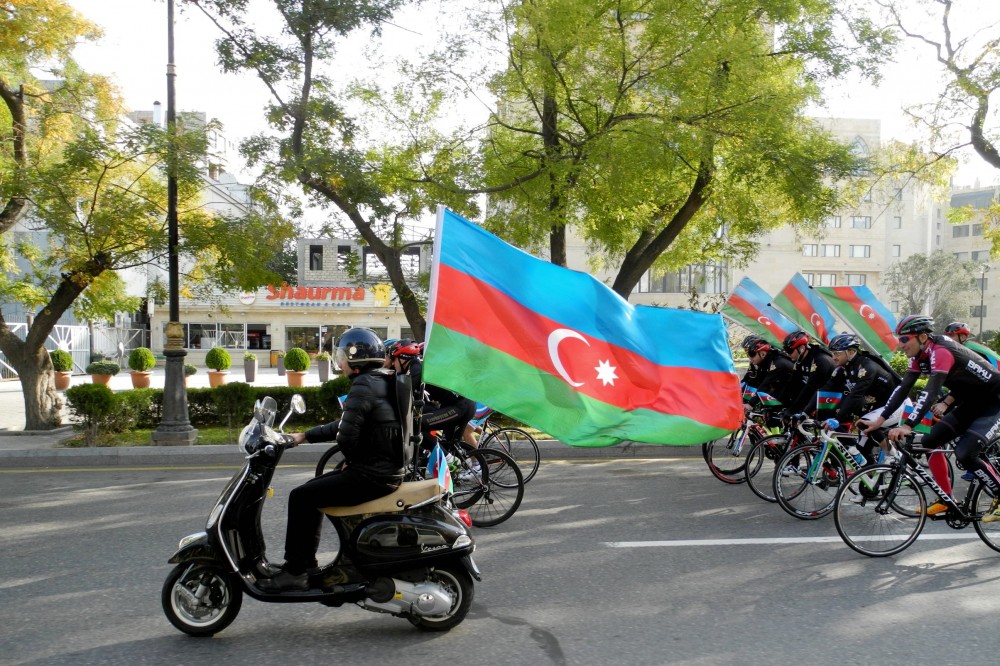 They put a wreath and flowers at the monument.

The tour is held annually on the eve of the National Flag Day.