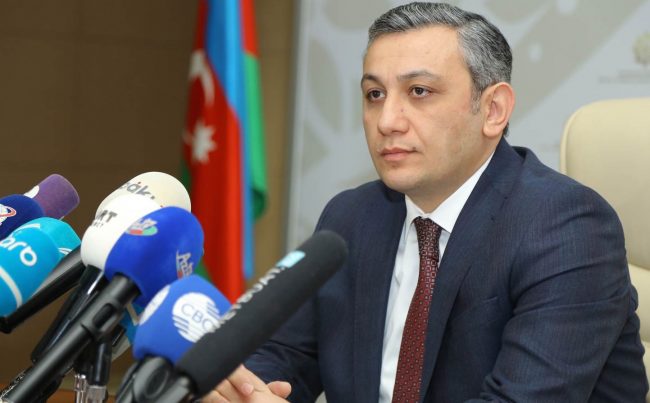 Nearly 16,000 unemployed people have been involved in paid jobs under the labor contract within the framework of the ‘FRIEND of unemployed’ program, Director of DOST (friend) Business Center Niyazi Rahimov said at the press conference at the Ministry of Labor and Social Protection of Population.

He stressed that, the ‘FRIEND of unemployed’ launched on the initiative of President Ilham Aliyev started in the beginning of the current year.

The ministry organizes public works to combat unemployment in the regions:”This initiative continues for several years and thousands of people work and get paid.”

The director of the Center noted that a contract is signed with each of the people involved in public works.

Paid public works include social services, renovation, ecological rehabilitation of lands, including greenery works, parks, public amenities and so on.”

During recruitment, persons registered in Employment Centers in the district (city) as unemployed are selected. At the same time, preference is given to persons with disabilities, internally displaced persons, martyrs’ family members, etc.