Hundreds of Azerbaijanis to take part in rally in Brussels 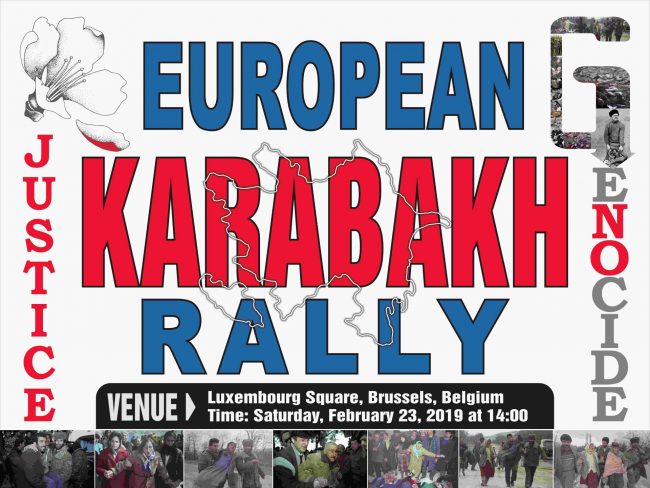 At the initiative of Azerbaijan’s diaspora organizations operating in more than 20 countries, the Pan-European rally on Karabakh will take place in Brussels in front of the Luxembourg Palace on Feb. 23, Trend reports with reference to the State Committee on Work with Diaspora.

The rally will begin at 14:00 (GMT +1). Hundreds of Azerbaijanis living abroad are gathering on Luxembourg Square holding the slogans “We want to return to Karabakh!”, “Justice for Khojaly!”, “Freedom to Dilgam and Shahbaz!”

The rally will be held from 17:00 to 19:00 Baku time. At this time, everyone will be able to watch the rally live on the official Facebook page of the State Committee on Work with Diaspora available at https://www.facebook.com/pg/AzDiaspora/videos/?ref=page_internal

During the Karabakh war, on Feb. 25-26, 1992, the Armenian armed forces, together with the 366th infantry regiment of Soviet troops, stationed in Khankendi, committed an act of genocide against the population of the Azerbaijani town of Khojaly. As many as 613 people, including 63 children, 106 women and 70 old people were killed in the massacre. Eight families were totally exterminated, 130 children lost one parent and 25 children lost both. Some 1,275 innocent residents were taken hostage, while the fate of 150 people still remains unknown.