The Jerusalem Post: An independent and strong Azerbaijan is a worthy successor of the Azerbaijan Democratic Republic 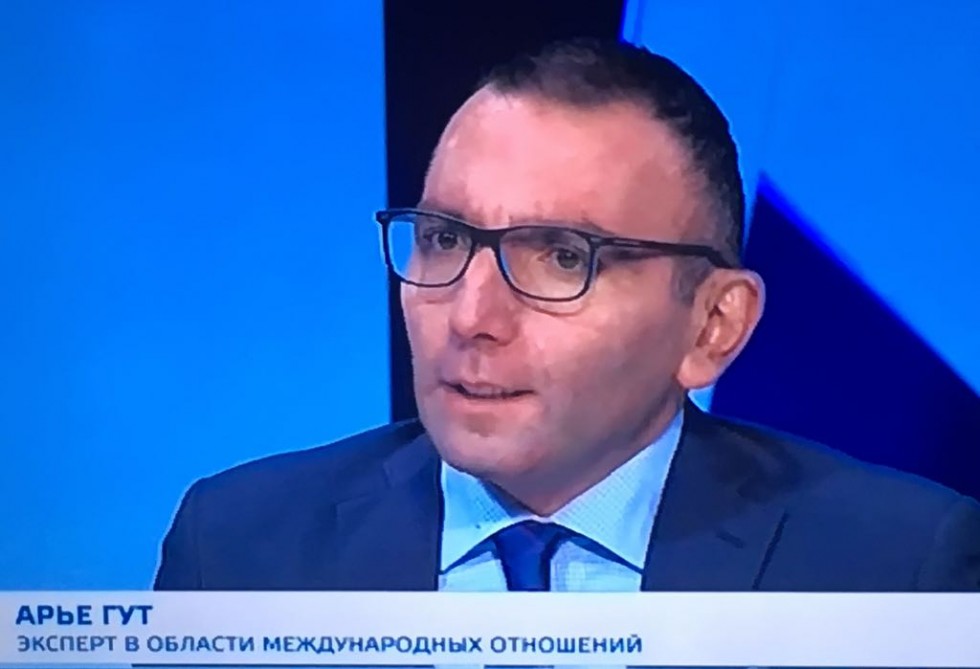 Israel-based The Jerusalem Post newspaper has issued an article by Israeli political analyst Arye Gut headlined “An independent and strong Azerbaijan is a worthy successor of the Azerbaijan Democratic Republic”.

The article reads: The period of the Democratic Republic, 1918-1920, was a distorted and scarce mentioned page in the history of Azerbaijan during the Soviet era. As archive documents on this period were always kept closed, researchers could not find out the real history, and those who did know about it deliberately described it as anti-national. However, after Azerbaijan restored its independence, the “secret” and “top secret” archives were opened and a completely different view emerged. The new point of view is based on the history of the republic. The history that was slandered in the Soviet period turned out to be a proud and honorable one.

The announcement of 2018 as the Year of the Azerbaijan Democratic Republic is of great importance for the Azerbaijani people, state and society. The state established a century ago played an important role in the recognition of modern Azerbaijan as a democratic republic all over the world.

Despite the fact that the Azerbaijan Democratic Republic did not last long, it was at that time that the foundations of the Azerbaijani statehood were laid, which became a solid foundation for the construction of modern Azerbaijan after the restoration of its independence in 1991.

This first secular state in the Islamic world was proclaimed on May 28, 1918. This year Azerbaijan will mark the 100th anniversary of its creation. At the Cabinet meeting of Azerbaijan, the year 2018 was announced by President Ilham Aliyev as the Year of the Azerbaijan Democratic Republic. During the whole year, solemn events will take place not only in the country, but also abroad.

The establishment of Democratic Republic of Azerbaijan on May 28, 1918 was a historic event and one of the glorious pages in Azerbaijan history. In February 1917, monarchic regime in Russia was overthrown. The Provisional Government that replaced the monarchy held elections to the Constituent Assembly. However the Provisional Government was quite short-lived. In October 1917 coup d’etat occurred. As a result the members of parliament to the Russian Constituent Assembly from the Southern Caucasus could not go Russia. Instead on February 14, 1918, in Tiflis they founded the Supreme Power of the Transcaucasia the Transcaucasian Seym – the Transcaucasian Parliament.

On May 27, 1918, members of the Muslim Faction, i.e. of the Council of Moslems of Transcaucasia also held a separate meeting and decided to pass a decision to proclaim independence of Azerbaijan. With this purpose the Transcaucasian Moslem Council proclaimed itself the National Council of Azerbaijan, precisely speaking the Parliament of Azerbaijan. This actually indicated formation of the first Parliament in Azerbaijan and foundation of the first parliamentary republic was laid.

After the proclamation of ADR in a short time, the country’s borders have been defined. The territory of Azerbaijan Democratic Republic is spoken about the first time in the Declaration of Independence. The document says that Azerbaijan located in the south and east Trans-Caucasus is an independent state. The Declaration of Independence of the Azerbaijan Democratic Republic stated that the lands of Northern Azerbaijan, once occupied by Russia in accordance with the Gulistan (1813) and Turkmenchay (1828) agreements are the legal heritage of Azerbaijani people. The first article of the declaration read: “Beginning from this day the people of Azerbaijan will have their sovereign rights. Azerbaijan, that consists of Eastern and Southern Transcaucasia, is a legal independent state”.

The Azerbaijan Democratic Republic issued its politically and legally substantiated map. It tried to spread its power on the entire historical area of Karabakh. At that time the newly established Republic of Armenia laid its groundless claims to Karabakh, but the government of the Azerbaijan Democratic Republic opposed these claims. During the talks with the Foreign Minister of the Ottoman state in Istanbul, November 18th 1918, A.M.Topchubashov (1862-1934), the chair of the Parliament of the Azerbaijan Democratic Republic said: “The Karabakh issue raised by Armenians does not concern only 5 or 10 villages, it covers all four districts: Shusha, Djavanshir, Djebrail and Zangezur. This territory belongs to only one nation and even though the number of Moslems and Armenians is not equal, there is no reason to talk in terms of domination of Armenians, because they are not native residents of these areas. These are those moving to the region from Turkey after the war with Russia…Finally, Armenians do not live separately in Karabakh itself, they form mixed settlements with Azerbaijanis. Nevertheless, we stand for the peaceful settlement of the problem”.

During the 17 months of its uninterrupted activities, the Parliament of the Democratic Republic of Azerbaijan had left an indelible imprint in the history of Azerbaijani statehood in general, and the parliamentary culture in particular, by its valuable experience of an independent state building and a number of highly professional legislative documents adopted.

For the first time all citizens of the country were granted equal rights regardless of social status, gender and religion. Women received the right to vote on an equal basis with men, earlier than in some countries of Europe and the United States.Relatively few people outside the Azerbaijani or Jewish communities know about the remarkable role that the Jewish community has played in Azerbaijan. For example a Minister of Health in the Azerbaijan Democratic Republic was Jewish – Dr. Yevsey Gindes. The Director of the Central Bank in the ADR was Mark Mihailovich Aberguz, Jewish. It was fantastic that two representatives of Jewish community have been ministers in the first Azerbaijan government. In addition, during the existence of the Azerbaijan Democratic Republic, Jewish communities published a Caucasian Jewish Bulletin, the “Palestine” newspaper and a biweekly magazine “Youth of Zion”.

Despite functioning in a very non-beneficial situation, with the view of perpetuating the spirit of national upsurge, the Government and the Parliament had been permanently paying a serious attention to the promotion of science, public education and healthcare. A number of secondary and high schools, including those for the girls, was opened almost all over the country, together with kindergartens, pedagogical training courses, libraries. The network of clinics and aid posts for medical assistants was foreseen in the rural areas with the view to preventing infectious diseases. The Law on the Foundation of Baku State University adopted by the Parliament on September 1, 1919 deserves a special note in this respect. Establishment of the national university was a tremendous historic achievement of the Republic.

However the young republic remained an unrecognized by world community. In January 1919, the delegation of the first Azerbaijani Republic headed by the chairman of the parliament Alimaerdanbey Topchubashev was sent to the Paris Peace Conference.

The main purpose of the delegation was to achieve worldwide recognition of the full and unconditional independence of Azerbaijan Democratic Republic as a sovereign state. According to the head of the press service of the Azerbaijani Foreign Ministry Hikmet Hajiyev, in order to integrate into the international community in a short time, the ADR has done a lot of work. “First of all, the Paris Peace Conference should be noted here. The result of the efforts of Azerbaijani diplomats was the fact that the ADR was de facto recognized by the international community.In the history of Azerbaijani diplomacy this event is very important, in addition, in 1919, the ADR established a ministry foreign affairs, and the day of its creation – July 9 is celebrated as the Day of the Diplomatic Worker”- Hikmet Hajiyev said.

Despite the fact of occupation of Azerbaijan by the 11-th Red Army of the Soviet Russia a result of a bloody military operation, Azerbaijan Democratic Republic had left a remarkable trace in the national history of liberation movement. Within 23 months of its existence the Democratic Republic of Azerbaijan became a clear evidence of the fact that even the most atrocious and oppressive colonial regimes were unable to eradicate the ideas of liberty and independent statehood traditions of the Azerbaijani nation.

The Azerbaijan Democratic Republic was quite up to the level of the traditional European democracies by its political structure, steps undertaken in the state-building process, as well as level of its ultimate objectives and goals.

Azerbaijani people restoring state independence in 1991 made a use of the rich statehood traditions of the Democratic Republic of Azerbaijan and established the independent Azerbaijan State on the basis of this historical heritage.