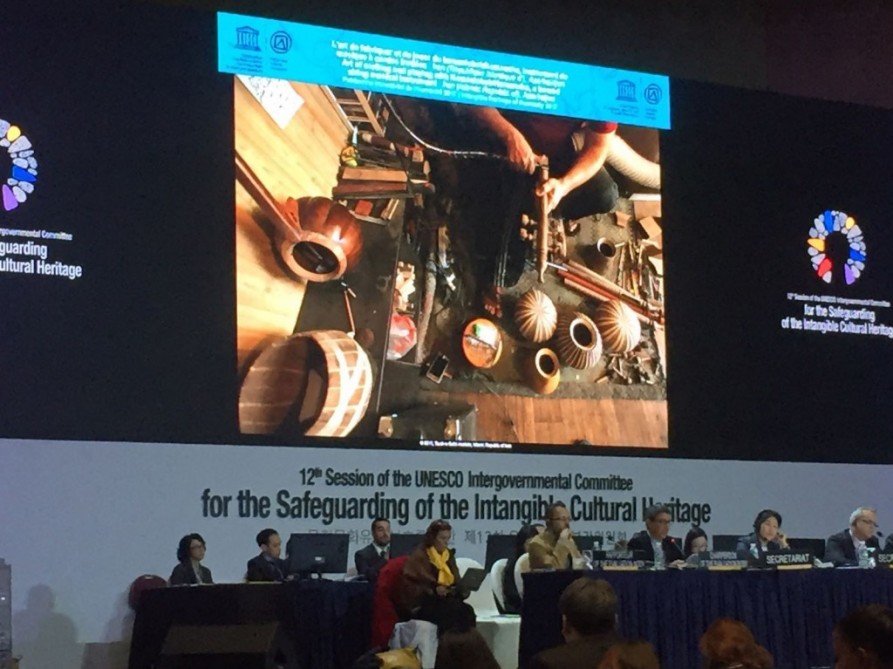 “Art of crafting and playing with Kamantcheh/Kamancha”, presented jointly by Azerbaijan and Iran, was inscribed on the UNESCO Representative List of the Intangible Cultural Heritage of Humanity, Azerbaijan’s Ministry of Culture and Tourism told APA.

The decision was made at the 12th session of the Intergovernmental Committee for the Safeguarding of Intangible Cultural Heritage taking place at the island’s International Convention Center from December 4-9.

The nomination file was presented to UNESCO jointly by the Ministry of Culture and Tourism, the Foreign Ministry, and the Permanent Delegation of Azerbaijan in conjunction with the Iranian side.