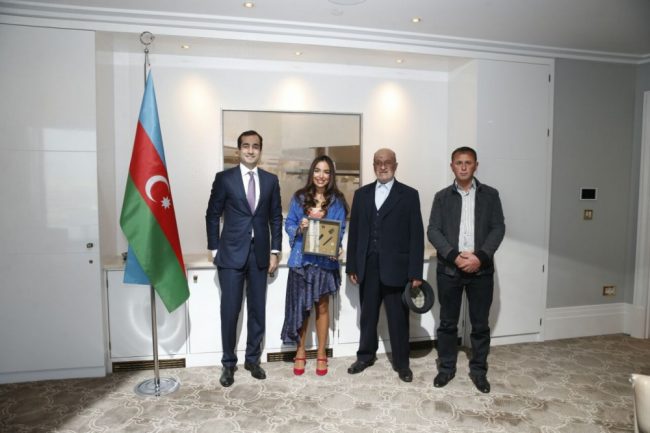 Vice-president of the Heydar Aliyev Foundation Leyla Aliyeva has met with a relative of Azerbaijani fighter Ibrahim Valiguliyev, who died during the Great Patriotic War.

Leyla Aliyeva presented personal items of the Azerbaijani fighter, who went missing near the city of Leningrad (Saint Petersburg) in the fall of 1942 and whose remains were found near the Neva River by the Russian “Dobrovolets Politex” search group, to his nephew Abay Abbasov.

Leyla Aliyeva said that “the memory of Azerbaijanis who sacrificed their lives during the Great Patriotic War will live forever in our hearts”.

NATIONWIDE 472 Socium 115 slider 582
Newer Post
STATEMENT of the Central Election Commission of the Republic of Azerbaijan on Statement of Preliminary Findings and Conclusions of the OSCE Office for Democratic Institutions and Human Rights, OSCE Parliamentary Assembly and the Parliamentary Assembly of the Council of Europe regarding the early presidential election held in the Republic of Azerbaijan on April 11, 2018
Older Post
Concert dedicated to Ilham Aliyev`s landslide victory in presidential election was held in Baku