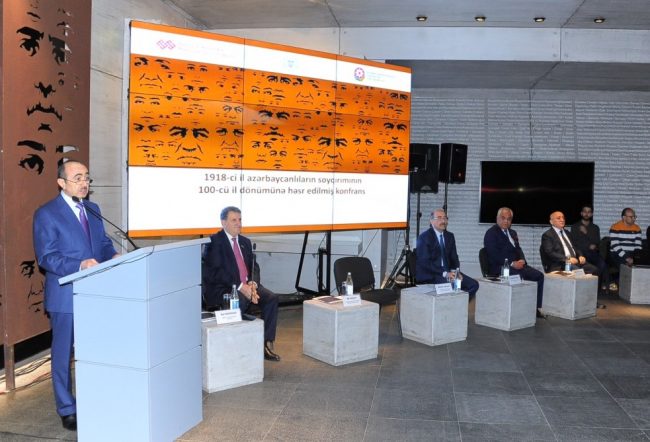 A national research conference on the 100th anniversary of the Genocide of Azerbaijanis has kicked off in Guba. The conference, themed “Lessons of genocides”, started with the screening of “Guba genocide” film.

Addressing the event, vice president of Azerbaijan National Academy of Sciences Isa Habibbayli spoke of the hardships faced by the Azerbaijani people in the past 200 years. “Massacre of Azerbaijanis, repressions and expulsion of our fellow countrymen from their homelands are the most painful tragedies of Azerbaijanis in the 20th century,” he said.

The Azerbaijani President`s Assistant for Public and Political Affairs Ali Hasanov then addressed the conference.

The conference continues with panel discussions.