OSCE MG co-chairs call parties to Karabakh conflict to intensify negotiations
President Ilham Aliyev: The state will give out at least 800 apartments to families of martyrs and Karabakh war disabled next year
The enemy, having attempted to commit provocation at the state border, set fire to his vehicle and retreated
UNITED NATIONS
Security Council Distr.
GENERAL
Original: ENGLISH
RESOLUTION 822 (1993)
Adopted by the Security Council at its 3205th meeting, on 30 April 1993

Noting with alarm the escalation in armed hostilities and, in particular, the latest invasion of the Kelbadjar district of the Republic of Azerbaijan by local Armenian forces,

Concerned that this situation endangers peace and security in the region,

Expressing grave concern at the displacement of a large number of civilians and the humanitarian emergency in the region, in particular in the Kelbadjar district,

Reaffirming the respect for sovereignty and territorial integrity of all States in the region,

Reaffirming also the inviolability of international borders and the inadmissibility of the use of force for the acquisition of territory,

Expressing its support for the peace process being pursued within the framework of the Conference on Security and Cooperation in Europe and deeply concerned at the distruptive effect that the escalation in armed hostilities can have on that process, 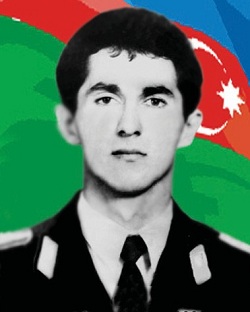