Over 7,500 observers registered for referendum in Azerbaijan 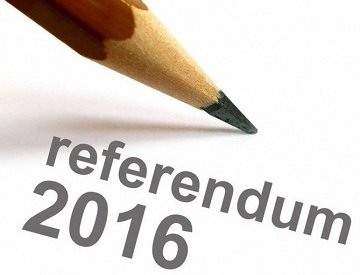 To date, 161 observers have been registered at Azerbaijan’s Central Election Commission (CEC) to observe the Sept. 26 referendum, said CEC Chairman Mazahir Panahov.
Panahov made the remarks Aug. 31 at the commission’s meeting.
Azerbaijan’s President Ilham Aliyev signed an order to hold a referendum Sept. 26 for making amendments to the country’s constitution.
Panahov said that six observers are from the Secretariat of the Council of the CIS (Commonwealth of Independent States) Interparliamentary Assembly.
The chairman noted also that 7,503 people have been registered to date to observe the referendum at district election commissions.
He added that any observer, who has the right to conduct observation, should have no problems.
“CEC trainings on electoral districts will start from tomorrow,” said the chairman. “Our latest event will be held jointly with the Penitentiary Service.”
Panahov said that there is a need to enhance ties with campaign groups. The distribution of ballot papers needs to be finished within 15-20 days before the referendum, he added.
During the meeting, the determination of the relevant electoral districts was discussed in order to include citizens, who will vote abroad, in the voter lists.
Moreover, the protocol of the CEC meeting, dated Aug. 27, 2016, was discussed and unanimously adopted during the meeting.
Trend:
NATIONWIDE 472 Referendum-en 26
Newer Post
Referendum in Azerbaijan: 3 organizations registered for exit polls
Older Post
ACSDA presents preliminary report on long-term observation for referendum