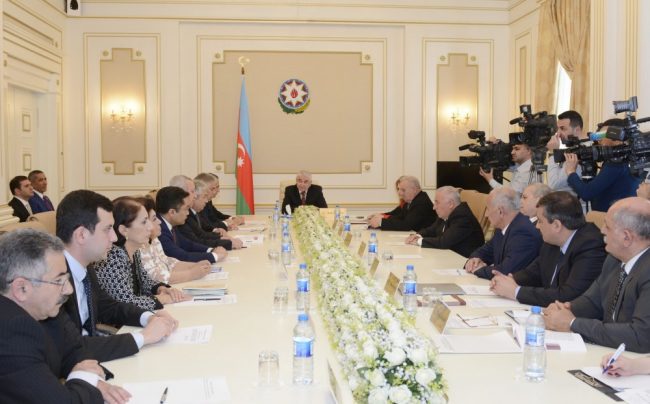 The Commission discussed the issues of summing up the presidential election and submitting the final protocol of the election results to the Constitutional Court.

Speakers at the meeting described the presidential election as free, fair and transparent. They said CEC and appropriate authorities were committed to preparing and holding the election in compliance with the Election Code. All measures were taken in accordance with CEC`s Action Plan, including preparation of accurate lists of voters, improvement of legislative framework, awareness raising of all participations of the election, registration of presidential candidates, creation of equal opportunities for pre-election campaign and all conditions for free activity of observers and media representatives,.

The election was held in 5,641 polling stations in 125 constituencies. All eight candidates running for the post of president were provided with equal opportunities for campaigning. A total of 168 permanent meeting venues, including 84 open and 84 closed, were allocated to all candidates to freely conduct their pre-election campaign. More than 10,000 large billboards were installed in all polling stations for candidates to campaign. In accordance with the Election Code, all candidates were provided with free airtime twice greater its normal size – six hours per week (three hours on TV an three hours on radio) – and free space for publication in “Azerbaycan”, “Xalg gazeti” and “Bakinsky rabochiy” newspapers.

All measures were also taken to ensure that visually impaired and physically disabled people exercise their right to vote. These measures included publication of Braille ballot papers and installation of wheelchair ramps in polling stations. CEC`s awareness-raising program was broadcast with subtitles for voters with hearing impairment.

Local media representatives were provided with the opportunity to observe the election process without any registration.

The election was also monitored by 58,175 local observers, including representatives of political parties and their parliamentary groups, civil society institutions and presidential candidates as well as independent observers.

Webcams were installed in 1000 polling stations (nearly 20 percent of the total number of polling stations) across the country (except for the occupied territories) to allow online observation of the voting.

Preliminary results of the voting were made public four hours after the closure of polling stations at 23.00 on April 11.

The presidential election saw 74.30 percent turnout. The Central Election Commission and constituency election commissions received no complaints on and after the election day. Requests about addresses of polling stations, lists of voters and other information that were received by CEC`s “115” hotline service were immediately dealt with.

At the meeting, the Central Election Commission drew up its final protocol, which was signed by the Commission members.

In accordance with the Election Code, CEC decided to submit the final protocol and other relevant documents to the Constitutional Court of the Republic of Azerbaijan for approval.

election-2018 39 LEADING ARTICLE 97 slider 582
Newer Post
Another yard redeveloped under “Bizim həyət” project
Older Post
STATEMENT of the Central Election Commission of the Republic of Azerbaijan on Statement of Preliminary Findings and Conclusions of the OSCE Office for Democratic Institutions and Human Rights, OSCE Parliamentary Assembly and the Parliamentary Assembly of the Council of Europe regarding the early presidential election held in the Republic of Azerbaijan on April 11, 2018 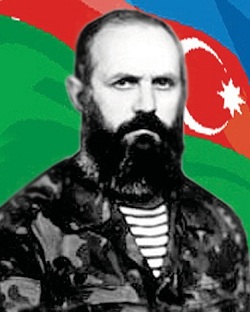