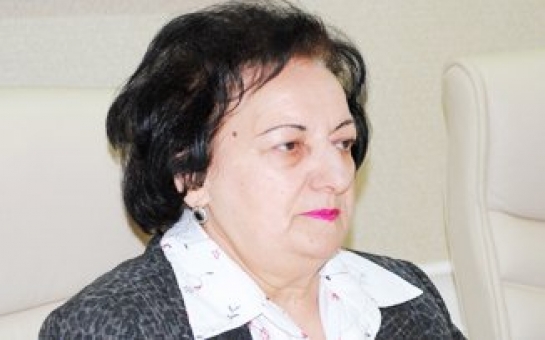 – Are the developments occurred in Khojaly coincided with “genocide”?

Of course, the genocide was committed in Khojaly over the night from 25th to 26th February. The genocide was committed by the ethnic Armenian armed forces, reportedly with the help of the Russian 366th Motor Rifle Regiment. The official death toll provided by Azerbaijani authorities is 613 civilians. The number of death toll is more than the official one. People moved towards forests, but they faced with Armenian armed forces in Nakhchivanik village and were killed by them ruthlessly. These facts remind terrible films, may be this is a development, which has not an analog in the history of humanity. There are many documents, films about the tragedy. We try to collect new reports about captives, people undergone tortures, witnesses of the tragedy.
We take measures in Ombudsman’s Office during anniversary of the tragedy every year. We sent messages to the world to increase awareness of international community about the realities occurred in Khojaly. Our documents show that this is the genocide. These developments are coincided with international legal norms approving genocide as deliberate and systematic destruction, in whole or in part, of an ethnic, racial, religious, or national group. Same action was committed in Khojaly as well. All civilians of Azerbaijan belonging to various religions and nations were killed during occupation and undergone tortures.
80 nationalities and more than 80 ethnic groups are living in Azerbaijan. While visiting the Alley of Martyrs, where the victims of Armenian aggression were buried, we see graves of young people, women, children and old people, who are representatives of the different nationalities – Russians, Jews, Lezgins and others. In our address to the international community we stress that President Heydar Aliyev put forward an initiative to assess the Khojaly events as a genocide and we are demanding the international community to recognize the genocide act in Khojaly, which is a crime not only against the group of people, but against the humanity in whole, and to punish all guilty people in this crime. We have added another great action into the events this year, providing signature campaign in the schools with the support of the Ministry of Education. The children address the international community calling on the authorities to establish peace process and to assist the establishing peace in the region.

– What measures are you taking to provide the international community with detailed information about Khojaly? Is there interest in this issue in foreign countries?

-Yes. There is a group of Khojaly refugees in Pirshagi settlement of Baku. Two years ago the Ukrainian ambassador to Azerbaijan sent filmmakers to the settlement. I was working with them. They filmed real events using the documentary materials. Every year Ukrainian TV channels are showing that film on the eve of Khojaly anniversary. Other countries are also providing the analogical work, showing the films and holding the mass actions. We are informing the international community that many families were killed during the massacres and many people were taken hostage. All Azerbaijani people are sharing the pain of those families. We are looking forward to organize large international conference later in May. We will invite the international experts and representatives of the international organizations to the conference. The world community will not take any measure until it knows the truth. Therefore we are trying to demonstrate all films, documents and photos and books where the victims of tragedy were described.
I believe in the victory of justice. Azerbaijani people will restore their rights violated as a result of this aggression. /APA/