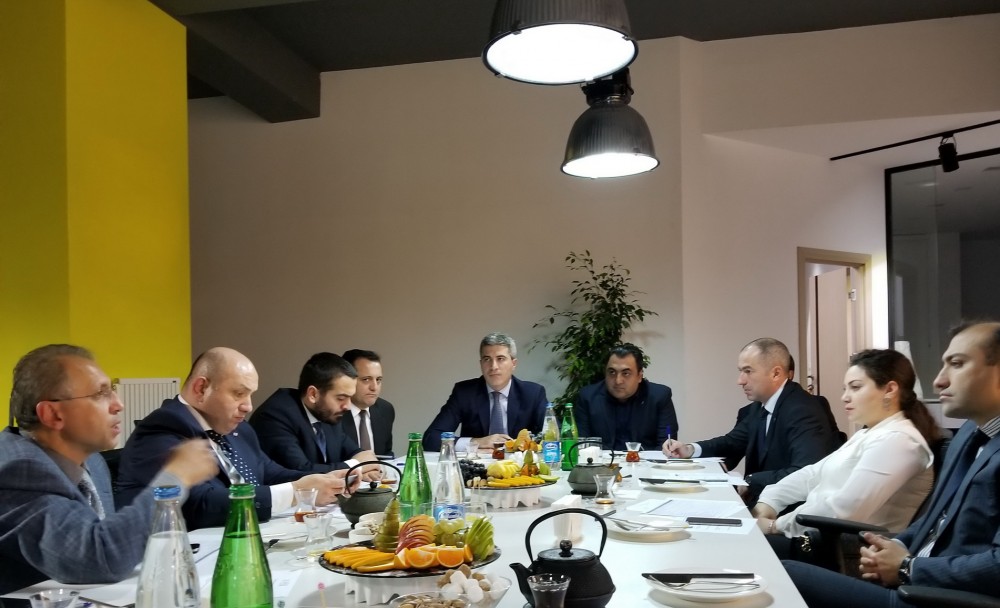 In turn, Mustafa Abbasbeyli, who chaired the meeting, congratulated the new Members of the Board of the Caspian European Club on their election and wished them further successes within the Club.

During the meeting Mustafa Abbasbeyli spoke about the priorities, new projects and tasks to be implemented before the end of 2018. The revised conditions for joining the Caspian European Club were presented, branch clubs were renamed into committees and new heads of committees were appointed, and the Charter of the Club’s Board was approved. “Twice a month Club meetings will be held in the format of round tables under the chairmanship of the heads of working committees. During these meetings the Board Members will discuss challenges facing companies in these industries and possible solutions to them,” the Caspian European Club CEO said.

Since the very establishment the Caspian European Club has promoted attraction of revenues from the oil industry for the development of the non-oil sector. The Caspian European Club, which brings together more than 5,000 member companies and organizations, operates in 70 countries around the world and is active in supporting the dialogue between the government agencies and the private sector.