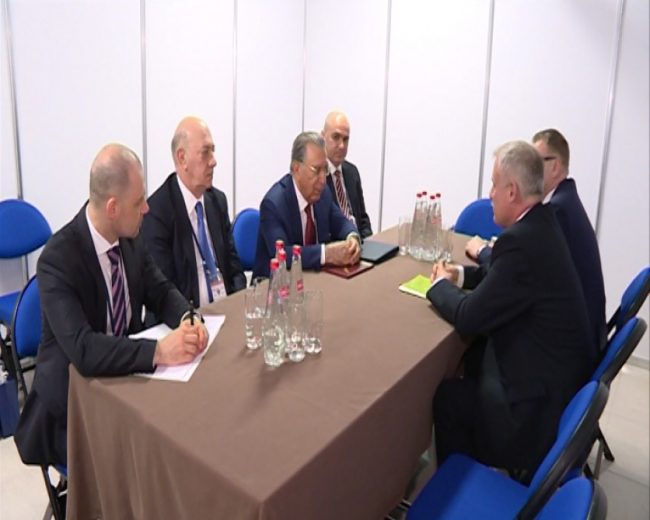 An Azerbaijani delegation has attended the 9th international meeting of High Representatives for Security Issues held in Sochi, Russian Federation.

The participants include representatives of 117 countries.

The meeting focused on global and regional security issues.

In his opening remarks, Secretary of the Security Council of the Russian Federation Nikolai Patrushev read out President Vladimir Putin’s congratulatory message to the event participants, and highlighted the issues on the agenda.

Head of the Azerbaijani Presidential Administration Ramiz Mehdiyev delivered a speech on “The strategy and evolution of tactics of international terrorist organizations”.

In his meeting with State Secretary of the Security Council of Belarus Stanislav Zas, the Head of the Administration discussed a number of issues of mutual interest, including the situation and security issues in the region and around the world.