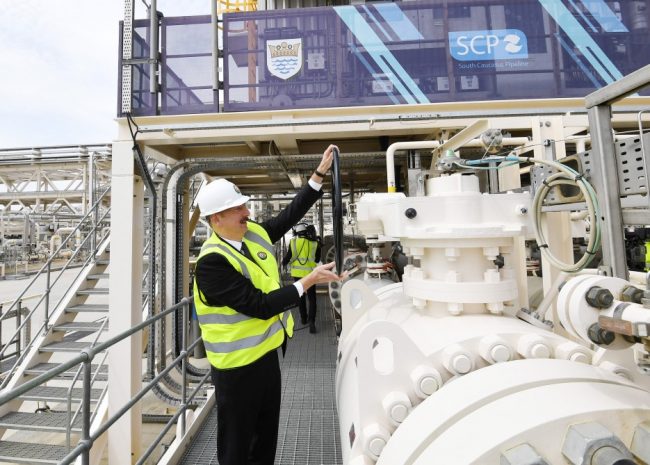 President of the Republic of Azerbaijan Ilham Aliyev has attended the inauguration of the Southern Gas Corridor in Sangachal terminal.

The head of state also participated in the opening ceremony of the 25th Anniversary International Caspian Oil & Gas Exhibition. The ceremony was broadcast live at the Baku Expo Center where the exhibition was held.

President Ilham Aliyev made a speech at the event.

The UK Prime Minister’s Trade Envoy to Azerbaijan Baroness Emma Nicholson read out a message of the Prime Minister of the United Kingdom of Great Britain and Northern Ireland Theresa May.

The event then featured the screening of a BP-produced video on Shah Deniz-2 and Southern Gas Corridor projects.