Baku hosts international conference “Armenian terror against Azerbaijani multiculturalism: 1918-2018”
Elkhan Suleymanov: “We want to draw the attention of the world community to dangerous condition of Sarsang reservoir”
Announcement for the media representatives 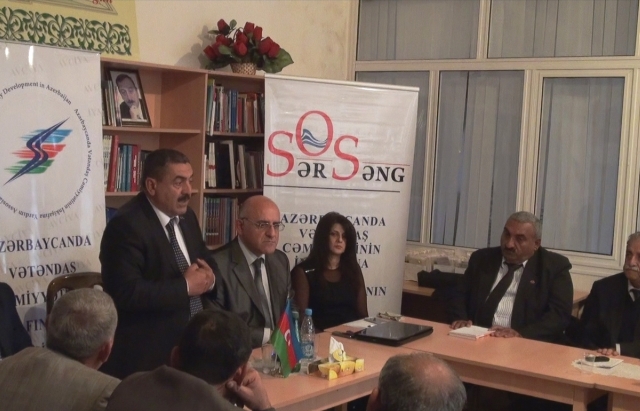 Five round tables were held within “Sarsang – Prevention of Humanitarian Catastrophe” project by Association for Civil Society Development in Azerbaijan in the headquarters of Barda electronic library, Youth Center of Tartar and Goranboy regions, Water and Sewerage Department in Khindirstan Village of Aghdam region and Agjabedi region municipality in regions Tartar, Barda, Agjabedi, Aghdam and Goranboy with participation of community members and senior officials on 9-11th November, 2013.

During the round tables deputies on agrarian issues of the regional Executive Powers, employees of agrarian departments, representatives of departments of amelioration, irrigation systems, mechanic irrigation, Subartesian wells of the regions, the Scientific and Production Unit “Azerbaijan Hydrotechnics and Melioration”, Tartarchay Hydropower Department, Barda Point of Tartar Regional Station of Research Institute of Crop Husbandry,  municipalities of villages suffered from water shortages and Executive Powers of the villages, we well as farmers, water supply associations, civil societies and mass media representatives took part.

The following issues were discussed at the round tables:

– Compulsory qualification of regional economy traditionally and as a result of water shortage;

– Types and quantity of damage by non-summon of water from Sarsang Water Reservoir,

– The situation with amelioration infrastructure;

– Alternatives for elimination of water lack;

– The issues over provision of qualitative drinkable water.

ACSDA experts made presentations on affairs at the round tables, deputies of the regional Executive Power heads, the employees of agrarian departments gave information on relevant region’s economy.

40 participants spoke at the event. The issues including decrease of productivity of sowing fields in fruitful lands because of water lack, rejection from application of in-turn sowing for this reason, influence of restriction of irrigation opportunities to food production decrease, degredation of lands as a result of widening of extensive cattle-breeding, causing of underground water rich with mineral salts productivity of the sown area and  salinization of lands and consequently widening desert processes, weathering of concrete parts of canals as a result of amelioration network’s remaining without water, spoil of ground canals by natural and technogenic impacts, damaging cropping and cattle-breeding, existence of the opportunities of usage of sub-artesian wells influenced negatively only cropping as alternative of irrigation water and drinkable water lack and the threat of people of poisoning as a result of regular chemical pollution from qualitative drinkable water were underscored at the speeches.

The representatives of the round table spoke about non-existence of alternative sources for provision of the region population and economy with drinkable water and irrigation water, restriction of water of Sarsang Water Reservoir in summer, need of irrigation, through cease of water in 2012 and 2013 years, its causing flow of economy and houses of the region’s population by being given to amelioration infrastructure in winter.

The participants of the round table stressed their worriness concerning non-control of Sarsang Water Reservoir by bodies of the Republic of Azerbaijan qualified on hydraulic devices, the reservoir’s location in the area of ceasefire and this regime’s regular breaking by Armenian armed forces and absence of facts on non-explosion of mine and military ammunition by water flow summoned to Tartar River and amelioration network from Sarsang Water Reservoir and  also referred to information spread via mass media. They stated that the threat of destruction of Sarsang Reservoir is real and there is risk for their lives, health and properties and called international organizations to increase efforts for giving Sarsang Water Resevoir and its barrier at disposal of Azerbaijani government.

The project “Sarsang – Prevention of Humanitarian Catastrophe” is realized by Association for Civil Society Development in Azerbaijan. The purpose is to implicate attention of world community to operation of Sarsang Water Reservoir and prevention of available humanitarian tragedy.

Sarsang Water Reservoir was built in 1976 on 726 meter height over Tartar River and has barrier of 125 meter height and 560 mln.m3 water capacity. Sarsang Water Reservoir provided 100 thousand hectare plot of 6 regions of the country in lesser Karabagh (Agjabedi, Aghdam, Barda, Goranboy, Tartar and Yevlakh) with irrigation water. Great part of those region’s peoples use water of Tartar River as drinkable water. There is hydroelectric power station in water reservoir each having 50 mgvt power and 2 turbins. Each turbin’s water lick capacity is 30 m³/sec and only 60 m³ water ca be allowed from hydroelectric power station. Besides 6 valves were installed in the reservoir’s barrier to flow into the river for irrigation purposes. Through those valves totally 30 m³/sec water can be flown to Tartar River each being  5 m³/sec. It is intended also to flow flood water of 740 m³/sec quantity into Tartar River via accident water-flow when the reservoir is full.

The water reservoir is in the condition of accident since 1992 of occupation by Armenia and absence of technical service to this and devices for over 20 years. For this reason, remain of Sarsang Water Reservoir under occupied territories creates serious threat for 400 thousand people in the below stream. 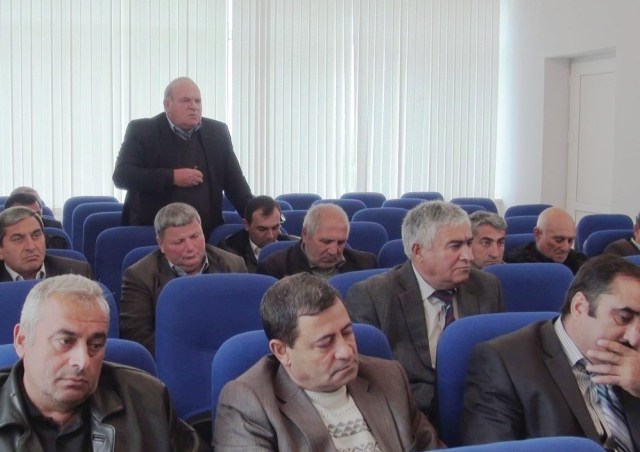 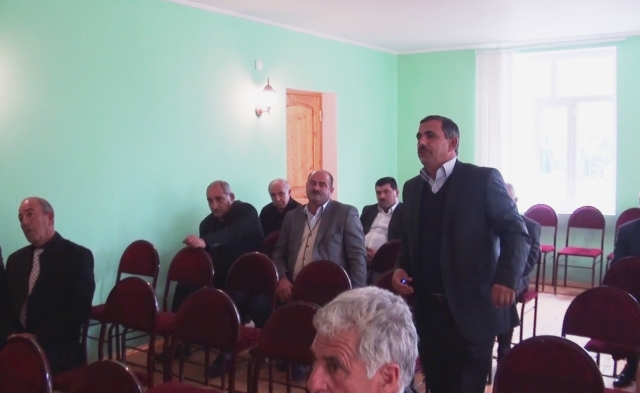 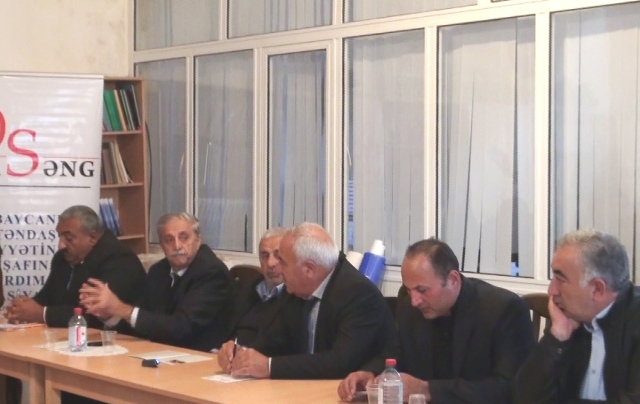 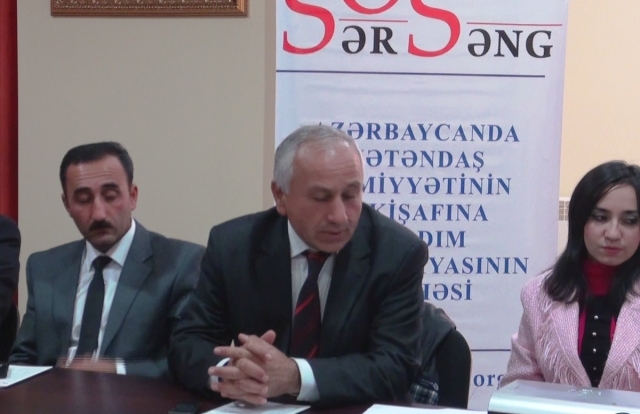 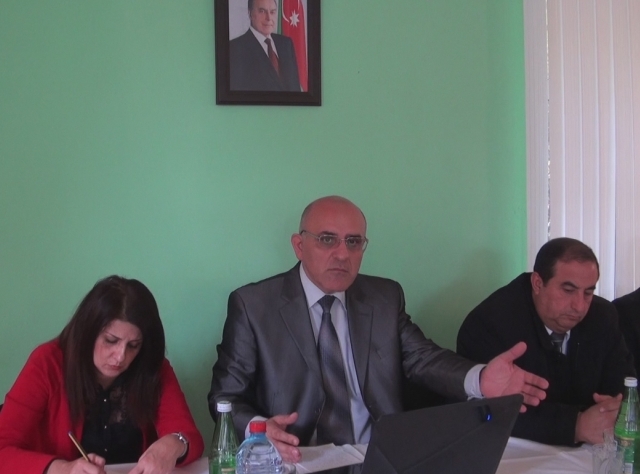 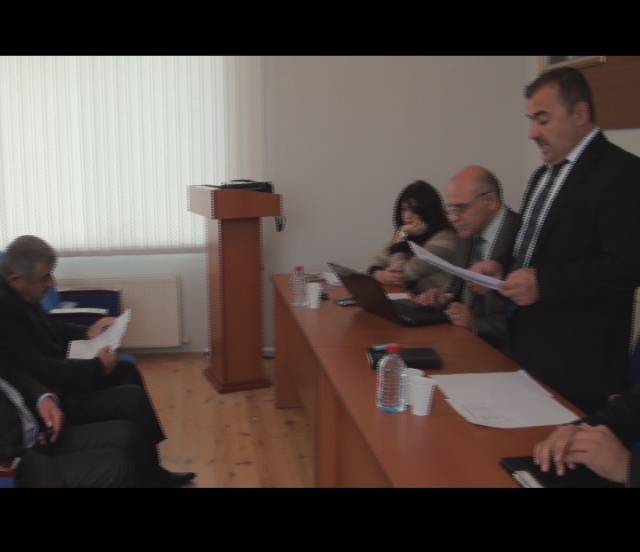 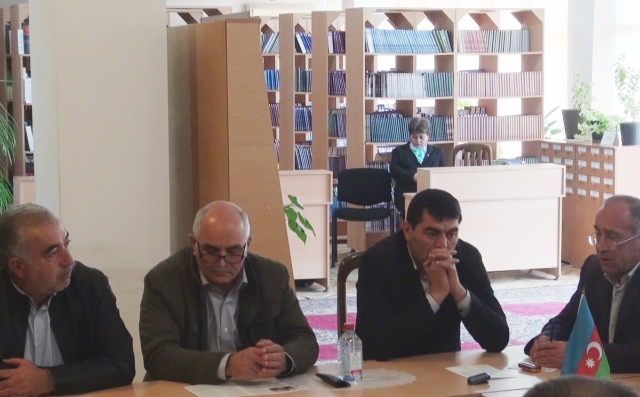