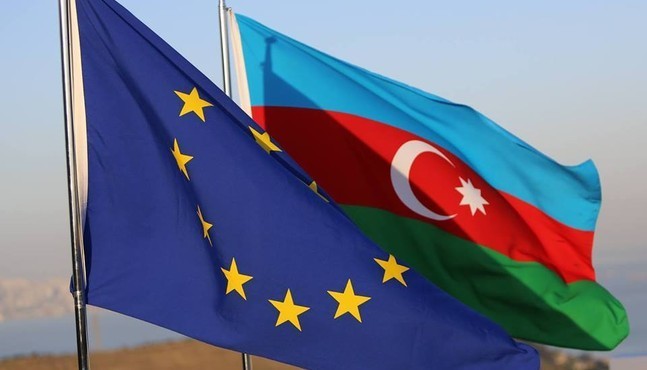 Eastern Partnership program marks its 10th anniversary this month. Launched back in 2009, the program is aimed at deepening and strengthening of ties between the European Union (EU), its member-states and its six eastern neighbors: Azerbaijan, Georgia, Armenia, Belarus, Moldova and Ukraine.

A decade is quite a significant period for drawing some interim results of this initiative. Report presents the key points of EU-Azerbaijan cooperation in facts and figures.

The European Union’s relations with Azerbaijan are based on the EU-Azerbaijan Partnership and Cooperation Agreement in force since 1999. In February 2017, the EU and Azerbaijan began negotiations on a new framework agreement with Azerbaijan designed to give new impetus to political dialogue and mutually beneficial cooperation.

The EU is Azerbaijan’s first trading partner and biggest export and import market. It is also Azerbaijan’s largest foreign investor, both in the oil and non-oil sector. EU-Azerbaijan trade has grown by 28% over the past decade.

In Azerbaijan, the EU has assisted 13,000 companies with funding, training, and export support to new markets through the EU4Business initiative. Since 2009, 11,000 Azerbaijani companies have received EUR 207 mln in EU-secured loans.

Azerbaijan actively cooperates with the EU via Twinning projects which bring together public sector expertise from EU Member States and beneficiary countries. Over the past 10 years, more than 25 ministries and public institutions in Azerbaijan have taken part in almost 50 Twinning projects and as a result have benefited from EU technical know-how and from the practical experience of EU civil servants. This is contributing to

Azerbaijan is a strategic energy partner for the EU, currently supplying around 5% of the EU’s gas demand. Azerbaijan will bring Caspian gas resources to the EU market through the Southern Gas Corridor. In 2016, the EU launched a new regional programme, EU4Energy, which supports Eastern Partnership countries, including Azerbaijan, in achieving their energy policy objectives and improving their energy efficiency. Azerbaijan benefits from its favourable location at the crossroads of transport connections linking North and South, and East and West. It has invested in important infrastructure projects such as the Port of Baku and the Baku-Tbilisi-Kars railway. The EU provides technical know-how for instance to the Port of Baku and its free-trade zone.

The EU-Azerbaijan Visa Facilitation and Readmission Agreements entered into force in 2014, making it easier and cheaper for citizens of Azerbaijan, in particular frequent travellers, to acquire short-term visas that allow them to travel throughout most EU countries. In addition, for example, visas for Erasmus+ students are cost-free.

Supporting skills development is a priority for EU assistance to Azerbaijan, with a particular focus on vocational education and training, helping the country to have a better match between the skills of the labour force and the needs of employers. The EU’s Erasmus+ programme gave almost 1,300 students and academic staff from Azerbaijan the opportunity to study or teach in the EU countries and nearly 700 Europeans to go to Azerbaijan between 2015 and 2018. In addition, over 2,800 young people and youth workers from Azerbaijan took part in shortterm exchanges, mobility, training and volunteering projects.

In December 2016, an International Conference on ‘Interreligious tolerance and the role of media’ was held in Baku, and visits to the EU institutions in Brussels by the leaders from various religious communities in Azerbaijan were organised in September 2017 and June 2018. Moreover, over the past three years Baku hosts the annual ‘Imagine Euro Tolerance Festival’ , aimed at promoting the values of intercultural dialogue and tolerance through different expressions of art. A Conference on Inter-faith Dialogue and Anti-Radicalisation was held in April 2019 in Baku.