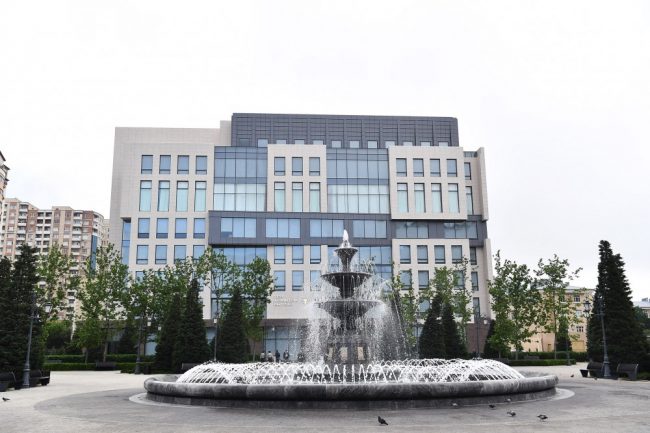 “As Azerbaijan develops and strengthens its positions in the world community, there appear ones who envy our success, try to discredit our country at every opportunity, and distort realities. Which source these insidious acts stem from is obvious: the Armenian lobby and in general the anti-Azerbaijani network have long been conducting a “black PR” against our country. The 2019 report of the U.S. Freedom House international human rights organization described Azerbaijan as the “only not free country” in the South Caucasus, and it is ridiculous and also proves that the Freedom House is an ugly organization whose assessment methodology is biased and uncertain,” Deputy Prime Minister, deputy chair of the New Azerbaijan Party Ali Hasanov has told AZERTAC.

He said: “I wonder who and which organization discovered the criteria to identify the “not free country”? Who and why in general created and finances such organizations? Who gave them the authority to interfere in the internal affairs of an independent state?”

The deputy chair of the New Azerbaijan Party noted that when in some countries citizens destroy everything along their way, burn cars, plunder shops, violate people’s rest in the streets in protest at their country’s policy, it is described to be a “free country”. For example, are the United States and Europe “free” when police attack protesters and seriously injure and even beat them to death?

“How come Freedom House, which cannot conceal its ugly intentions, considers Armenia as “partly free” when the Armenian people themselves describe Armenia as a not free country or when speaker and parliamentarians were shot and killed in the parliament, and when those who protested the fraudulent leadership in the presidential election were killed? It shows that this organization fulfills someone`s orders.

The Freedom House and similar international organizations should know that the press in our country is completely free, 80 percent of the population have access to the internet, all social networks are available and there is no censorship. President Ilham Aliyev`s titanic efforts have ensured high-level stability, security and development in our country. Azerbaijan is today known as an island of stability. Against a background of bloody conflicts, clashes, wars, risks and threats in the region and in the world, stable environment, which became the style of life in our country, is our historic achievement and wealth. The people of Azerbaijan and their unshakable unity with the government is the guarantor of our stability and security. It is the people`s trust and confidence in President Ilham Aliyev that lies at the heart of this unity,” said Ali Hasanov.

The deputy chair of the party noted that by issuing such biased reports it was impossible neither to exert pressure on our country nor to prevent the growth of its influence. If these organizations talk about the protection of human rights and freedoms, they, first of all, must declare Armenia an aggressor state.