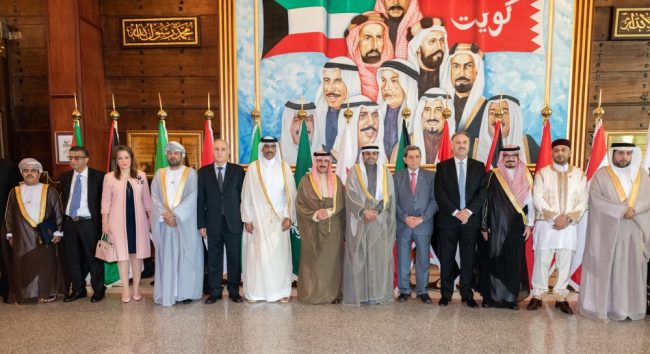 The 46th General Assembly of the Federation of Arab News Agencies (FANA) has been held in Kuwait City, capital of the State of Kuwait.

Organized under the auspices of Kuwaiti Prime Minister Sheikh Jaber Al-Mubarak Al-Hamad Al-Sabah, the event brought together heads of member agencies, including president of the Organization of Asia-Pacific News Agencies (OANA) and News Agencies World Congress, chairman of Board of Azerbaijan State News Agency (AZERTAC) Aslan Aslanov, as well as head of the agency’s Arabic language news service Shikhali Aliyev.

In his opening remarks, Kuwait’s Information Minister and Minister of State for Youth Affairs Mohammed Al-Jabri noted that media outlets play a major role in promoting awareness among people while also shouldering the responsibility of addressing rumours that aim to destabilize relations, as well as confronting such immoral ideas, especially from terrorizing extremist factions.

The Kuwaiti minister thanked chairman of Board of AZERTAC, OANA president Aslan Aslanov for accepting the invitation to attend the conference.

The conference continued with breakout sessions.

The first breakout session featured a report highlighting FANA’s annual activities, as well as discussions on the challenges ahead, the organization’s budget, and its participation in training programs.

Addressing the session, president of OANA and News Agencies World Congress, chairman of Board of AZERTAC Aslan Aslanov highlighted beneficial cooperation between regional media outlets. Hailing the development of AZERTAC’s cooperation with Kuwait’s KUNA, and Saudi Arabia’s SPA agencies, Aslan Aslanov expressed his confidence that the excellently organized conference in Kuwait will give an impetus to expansion of cooperation between both FANA and OANA, and Arab news agencies and AZERTAC.

“FANA has made great strides during the presidency of KUNA agency. AZERTAC`s close friends – chairman of the board of KUNA Sheikh Mubarak Duaij Al-Sabah and professional media expert, FANA Secretary General Farid Ayar – have made invaluable contribution to these achievements. They make significant contributions to not only the activities of FANA, but also the activities of the News Agencies World Congress, OANA and other regional media organizations,” Aslan Aslanov said.

Describing OANA’s website as an important platform to spread information about the Arab world in a wider geography, Aslan Aslanov called Arab news agencies to share more information here. He drew the participants’ attention to the fact that AZERTAC has put forward proposals on establishing a permanent secretariat office, the training academy of the organization, and formation of a financial commission in order to further improve OANA’s activities and turning it into an organization that meets modern requirements. He noted the importance of Arab news agencies’ views in this regard.

Pointing to the ways to prevent the spread of fake news, which has nowadays become one of the key problems facing media, the OANA president underlined the need for closer cooperation and the strengthening of the exchange of information and experience between news agencies.

The breakout sessions saw the adoption of several decisions.

FANA, established in 1975, is headquartered in Lebanon and includes 18 Arab news agencies. The federation is under the Arab League and aims to boost media ties and share experience between the members.