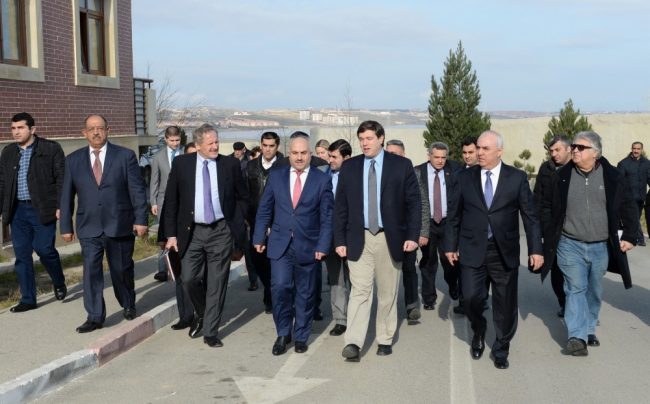 American co-chair of the OSCE Minsk Group Andrew Schofer and US ambassador to Azerbaijan Robert Cekuta have visited a newly-built block for IDPs in Masazir settlement, Absheron region.

Deputy chair of the State Committee for Refugees and IDPs Fuad Huseynov highlighted what the Azerbaijani government has done to improve living conditions for refugees and IDPs.

He said 760 IDP families were temporarily accommodated in the newly-built block. Huseynov said 97 modern IDP settlements have been built so far, accommodating 265,000 refugees and IDPs.

Head of Zangilan Region Executive Authority Ramiz Hasanov said 20 per cent of the Azerbaijani lands still remain occupied as a result of the Armenian aggression. “The ethnic cleansing was carried out in the occupied lands and more than a million Azerbaijanis became refugees and IDPs.”

Ambassador Cekuta said the US is interested in a peaceful settlement of the conflict.