First vice-president of the Association for Civil Society Development in Azerbaijan Veli Alibekov: Taking the force of civil society

Elkhan Suleymanov: “We want to draw the attention of the world community to dangerous condition of Sarsang reservoir”
PACE appoints rapporteur on draft resolution on Sarsang reservoir
Over 65,000 people sign petition on Karabakh 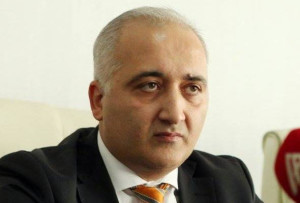 First vice-president of the Association for Civil Society Development in Azerbaijan Veli Alibekov: Taking the force of civil societyThe development of civil society and NGOs as an integral part of Azerbaijan, as indeed in most former Soviet countries, began after independence. However, to preface the story of our organization – the Association for Civil Society Development in Azerbaijan (ACSDA) – want a little historical preamble. For the first time the expression “civil society” had used Cicero, identifying him with the notion of “republic”, ie state. These terms are distinguished from around the XVII century, and functions as follows: civil society is of horizontal relations in society, the state the same – vertical. Thus, democracy means the development of horizontal and vertical relations in society.
Why is it important to keep this in mind? For one simple reason. Questions of civil society in our country are significant because Azerbaijan is not so long ago gained independence, now closely engaged in building a democratic state of law. Role of NGOs in this process is significant enough, and the main task facing us – to promote a vibrant civil society.
Their activities since the first days of creation, we decided to not build in the form of one NGO, as did many, and joining like-minded people who have created several associations, in one fist. The more that seven years ago when we organized an association of NGOs working conditions were much harder than today. There was not even the Council of State Support to NGOs under the head of state, not held competitions of projects, their funding depended entirely on foreign donors, about any partnership with government agencies that are not always loyal to the representatives of the “third sector” and to say no.
Organizations, societies, unions – members of our association to set and aim to draw public attention to existing problems, to promote citizen participation in their decision, to ensure maximum transparency of the processes occurring in different spheres of life of the country. To meet these objectives, in most cases not done enough of one NGO, very often there is a need for additional forces and resources.
Another of the aims of the association – assistance in establishing among all actors of civil society – government, society, the “third sector” – a dialogue, without which consensus and mutual understanding. Association within their best to ensure that such a dialogue, engaging him as an important element of civil society, as the media.
All that over the years has reached the Association for Civil Society Development in Azerbaijan, to name a few at length, but, in our opinion, just shows that we have chosen the path was correct. There are many examples of successful projects in our organizations. To name a few of them, the most recent. Public Association “Monitoring places of detention” a year ago, organized a photo exhibition of Azerbaijani carpets and miniatures in a women’s penal colony. Her goal – to help convict women in the moral rehabilitation, to create an enabling environment. Foundation “Human Rights – XXI century” in the project “Creating opportunities for social integration of young people from boarding” has held them for two weeks of training. Fund the fight against corruption is not the first month the educational work among the population of the regions of the country, teaching people how to confront this evil. Particular attention is the association with its early days on the participation in election monitoring at all levels, taking place in the country, preparing projects to improve the electoral system, conducting outreach in the region.
In one article is difficult to tell about all the projects we are doing. However, of the Centre for Regional Development of Azerbaijan is not to say impossible, because his work is marked by two important features. The first is that, thanks to his power of realizing in Azerbaijan for the second five-year state program of socio-economic development of regions, have the ability to effectively use the independent feedback. This NGO has repeatedly conducted roundtables and conferences, analyzing the socio-economic changes in the regions, public opinion polls of the population, then acquainting the public and state agencies with the results of their research. Fruitful was gone – the Year of ecology – and for one of our organizations – the Fund’s monitoring of environmental standards.Been many interesting activities, and related to environmental protection, and to study the problems of the Caspian Sea and in the field of enlightenment.
And this is only a small fraction of our overall work, several lines of those that we consider a priority for themselves. You can call the other – the protection of the rights and freedoms of citizens, the creation of social cooperation to fight corruption, support for socio-economic development of regions and local authorities, improving the prison system to assist in solving the problems of refugees, displaced persons and migrants, environmental education, etc. We also provide assistance in preparing the legal framework necessary for the development of civil society in the country, strive to create favorable development for representatives of the ‘third sector’, we involve the private sector to solve social and humanitarian issues.