US response to petition urged for return of territories surrounding Nagorno-Karabakh to Azerbaijan’s control: ACSDA president

APA had an interview with Elkhan Suleymanov, Azerbaijani MP, President of Association for Civil Society Development in Azerbaijan (ACSDA) 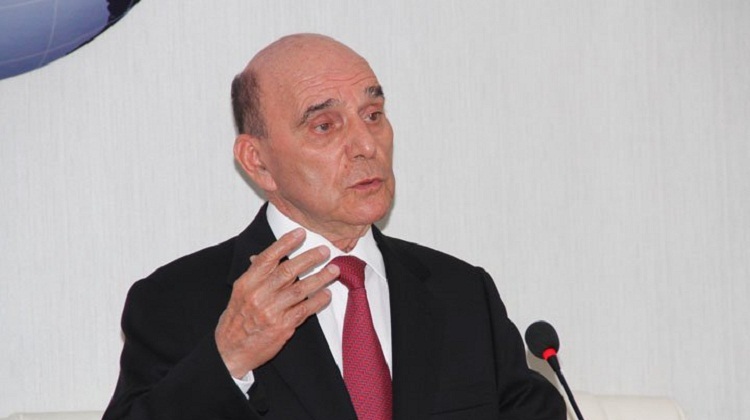 – Well-known American sociological research center assessed the ACSDA project as the second popular petition in the world. We would like to know your opinion on this.

First of all, I’d like to underline that “We the People” is a quite serious platform established by Barack Obama Administration in 2011. The website has millions of users from all over the world, and petitions may enjoy official White House response. The Center, which analyzed this platform, is a world-known public opinion research tank. The Center researches the issues shaping America and the world, studies U.S. politics and policy, U.S. social and demographic trends, and conducts professional analysis in such spheres.

The report by Pew Research Center states that there were totally 4,799 petitions to White House Administration within 5 years and 227 White House responses, and that petition on “Establishing justice and preventing a great catastrophe” is the second most popular petition in the history of the platform. As you know, this petition was launched by the Association for Civil Society Development in Azerbaijan (ACSDA) in April of 2016 and got the response of White House Administration for a short period of time.

This ACSDA petition was very successful from several aspects.  First, all Azerbaijani people and Turkish world joined the petition, which consequently collected the signatures of people 3.5 times more than a required threshold. Secondly, White House response to the petition was a real political support to Azerbaijan. U.S response urged the sides to return the territories surrounding Nagorno Karbakh to Azerbaijan’s control and to enter an immediate negotiation on the determination of Nagorno Karabakh’s status. At the same time, the assessment of the petition as the second most popular petition in the world by this well-known American research center once again focused the attention of millions of users on this issue and makes urgent the aggressive Armenian policy.

– How did you decide to start a petition and what was the purpose?

PACE adopted a resolution on January 26, 2016. This PACE Resolution officially filed the occupation of Azerbaijani territories namely by Armenia for the first time. In other words, 47 Council of Europe members, who voted for the document, recognized Armenian state as an aggressor and requested the immediate withdrawal of armed Armenian forces from the occupied territory. As you know, the ACSDA launched a project on “Voice of Sarsang” 2 years before the adoption of this resolution and I addressed a motion to PACESecretariat. This project was a great victory for both ACSDA and Azerbaijan. Nevertheless, we didn’t limit ourselves with it and wanted to deliver the right cause of Azerbaijan to the whole world. In this regard, White House’s “We the People” was a really relevant platform. Therefore, we addressed a petition on “Establishing justice and preventing a great catastrophe” to the U.S. President Administration. We aimed at raising awareness of the whole world about the aggressive Armenian policy and gaining support of U.S., huge power center, regarding the liberation of our territories from the occupation.

– The basis for this resolution was a motion submitted by you to PACESecretariat. Which pressure and challenges did you face?

Then I submitted two motions to PACE Secretariat: “Escalation of violence in Nagorno Karabakh and other occupied territories of Azerbaijan” and “Inhabitants of frontier regions of Azerbaijan are deliberately deprived of water”. The titles were different, but the content and purpose was the same: to expose the aggressive policy of Armenian state and achieve the resolution of an influential international institution like PACE for the liberation of Azerbaijani territories from occupation. We had to fight for both motions for over 2 years, as Azerbaijan has many enemies not only in all international institutions, but also in PACE and Armenian lobby is strong enough. Therefore, rapporteurs were finally appointed after the motions were considered four times in PACEPresidential Committee, the Bureau, and Committees. However, diverse activity of Armenian side and mobilization of both politicians and the church, religious figures, artists blocked the draft report on the “Escalation of violence in Nagorno Karabakh and other occupied territories of Azerbaijan” by British MP Robert Walter with only 4 votes. Nevertheless, our enemies were shocked by the essence of adopted Resolution 2085 (2016). They cannot admit their defeat yet and continue their specific sabotage.

– We know that occupying side launched a large-scale campaign due to the alarm of this defeat. Could they achieve anything through this campaign?

Armenian side hides the occupation of Azerbaijani territories namely under “Nagorno-Karabakh conflict”. In this way they create confusion in the international community and present themselves as a conflict party, but not as an aggressor. Therefore, they evaluated the adoption of the document “Escalation of tension in Nagorno-Karabakh and other occupied territories of Azerbaijan” as the destruction of 25-year strategy and for this purpose, they started the work at the state level, convinced OSCE Minsk Group and prevented this report by the margin of 4 votes. However, the adoption of the Resolution 2085 exposed the perennial image created by Armenia and realizing this matter the aggressor carries out a large-scale campaign. Let me tell you an example: the resolution 2085 was adopted on the base of the report prepared by the Bosnian MP Milica Markovic. Till today Armenian lobby and anti-Azerbaijani forces make pressure on and libel and slander her. They want to render harmless the resolution 2085 by stating that as if Mrs. Milica Markovic has prepared this report by the order of Azerbaijan. Therefore, Armenian lobby involved the Ambassador of Permanent Delegation of Bosnia and Herzegovina to PACE, head of the delegation of Bosnia and Herzegovina to PACE in this direction. In accordance with the scenario, Ambassador of Permanent Delegation of Bosnia and Herzegovina to PACE sent an anonymous letter to the Bosnian parliament and stated that Mrs. Milica Markovic performed the order of Azerbaijani side. In the second stage the head of Bosnia and Herzegovinian delegation to PACE forwarded this letter to the public. Mrs. Milica Markovic appealed to the court against both of two.

– What impacts can the resolution 2085 have on the liberation of Azerbaijani territories from occupation? What to do for the implementation of the requirements set in the resolution?

I think that firstly we should defeat Armenia in the field of information and then in the battle fields. First of all the resolution 2085 is the main weapon in this war and the reference that we can always use. By referring to this document we can always silence Armenian propaganda machine and achieve to prevent Armenia from privatizing occupied historical Azerbaijani territories.

PACE, which has adopted this resolution, is not an organization with the capacity to liberate our territories from Armenian occupation. However, we should regularly raise this issue and achieve the imposition of sanctions on Armenia. Additionally, the work should be carried out in all existing international platforms, and we should call for the international pressure against Armenia.

– To your opinion, are the Azerbaijani civil society, Azerbaijani NGOs, and Azerbaijani media playing an active role in the fight against Armenia’s propaganda machine?

Irrespective of citizenship, political belonging, and social status, every Armenian considers the hiding the occupation of Azerbaijani territories as their duty and always mobilizes on this issue without hesitation. Very unfortunately, we are not enough active on this issue.

The petition that we are talking about was an important victory of Azerbaijan. Discussion of Azerbaijani realities in an important platform of White House Administration, positive response by US to the call of the Azerbaijani people, and finally, mentioning of this petition again by the US research center are of very important matters. The article mentioning this petition as the second most popular one was published already two weeks ago. Are there any debates, speeches on this issue in our country?! We can easily find an answer to this question by little media monitoring.